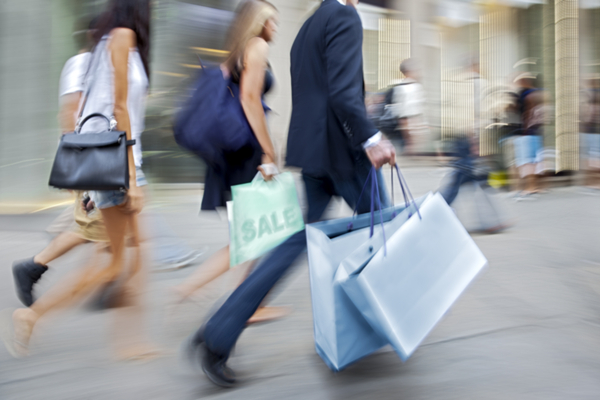 Consumers continue to make the most of falling shop prices thanks to January sales driving deflation, but experts suggest it is “inevitable” this year will see an upward trend in inflation.

According to the latest BRC-Nielsen Shop Price Index, overall shop prices last month dropped 1.7 per cent compared with January 2016 as sales in the fashion, footwear, furniture, and electricals drove a larger year-on-year fall than December’s 1.4 per cent.

Overall deflation across non-food prices also accelerated to 2.3 per cent in January from December’s 1.9 per cent – mostly thanks to clothing and footwear, which experienced a 6.3 per cent decline in prices compared to the previous year.

In addition, furniture and floorcovering prices fell 2.7 per cent year-on-year, electricals went down 2.4 per cent, and DIY, gardening and homewares prices dipped by 1.9 per cent.

However, books, stationery and home entertainment category posted a 1.4 per cent price increase, while inflation reached 0.6 per cent in health and beauty.

When it came to food prices, prices dropped slightly by 0.8 per cent compared to the 0.7 per cent seen in December.

Fresh food price deflation was unchanged at 1.2 per cent for the third month in a row, while ambient food prices went down slightly by 0.2 per cent.

“However, fluctuations in the monthly figures belie an underlying trend of building cost pressures that are gradually feeding through from the fall in sterling combined with higher commodity prices.

“This will inevitably mean that we start to see a general upward trend in inflation over 2017.”

Nielsen’s head of retailer insight Mike Watkins said: “Consumer demand was perhaps better than expected at the end of last year and retailers are still managing to limit currency-related cost increases being passed onto shoppers.

“This is helping to give some stability to the industry at the start of 2017.

“However, there is already inflationary pressure elsewhere in the economy and this will start to have an impact on the disposable income of households later in the year.”