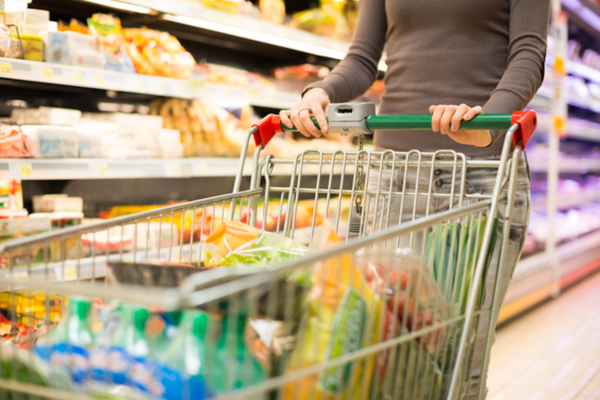 Food prices edged up by 0.4 per cent last month as the continuing depreciation of the sterling started to impact import costs, driving up the cost of grocery shopping.

However, an average 1.8 per cent price drop in the non-food sector meant that overall, shop prices fell by one per cent, according to the latest BRC-Nielsen Shop Price Index.

While this was a sharp deceleration of the 1.7 per cent overall price drop recorded in January, February‘s figures continued a trend of year-on-year price falls that has lasted nearly four years.

The index also marks the first rise in food prices since April last year and is a contrast to the 0.8 per cent drop recorded in January.

The price of fresh food climbed 0.1 per cent while and ambient food prices went up by d 0.8 per cent, compared to the previous month‘s 0.2 per cent dip.

Meanwhile, the 1.8 per cent year-on-year drop in non-food prices was a marked slowdown compared to the 2.3 per cent decline in January.

British Retail Consortium (BRC) chief executive Helen Dickinson said it was “clear” that cost pressures that have built over the last year were starting to show in shop prices.

“Global food prices were on average 16 per cent higher at the beginning of this year compared to last, whilst over the same period the value of the pound fell around 15 per cent,” she said.

“Despite this, February saw an increase of just 0.4 per cent in the prices of food sold in shops; proving retailers‘ resilience in managing to largely shield consumers from cost increases.

“For the time being, consumers continue to benefit from an annual fall in non-food prices, which were down 1.8 per cent on the previous year. However, the rate of deflation has eased considerably from a monthly perspective, which can be explained in part by an end to the promotional activity in January, after a weak festive sales performance in some non- food categories.

“Looking further ahead, retailers, who operate in a highly competitive market with narrow margins, will be increasingly hard pushed to protect their customers from the inevitable impact of these rising cost pressures.

“We can therefore expect this impact to start manifesting in shop prices over the course of the year.”