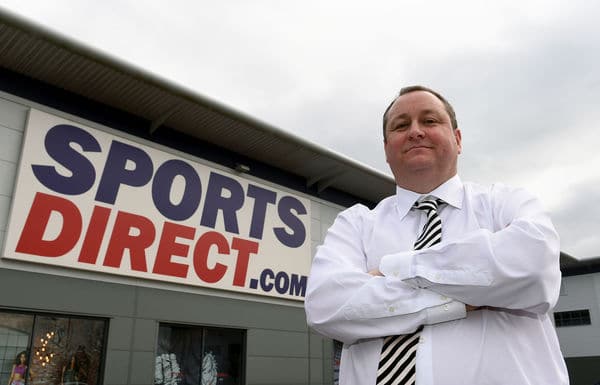 Embattled retailer Sports Direct will elect a workers‘ representative to its board, making good on its commitment to do so last year.

Mike Ashley‘s company has begun the process of electing a representative, opening the process to all workers provided they meet the “qualifying conditions”.

The billionaire has come under increasing pressure from shareholders and MPs to make changes to its boardroom, calling for increased representation and influence on decision making to be given to workers and shareholders.

This follows repeated attempts by shareholders to oust chairman Keith Hellawell which were blocked by Ashley‘s majority stake in the company.

Prior to this, Ashley appeared before a parliamentary inquiry over the poor treatment of the company‘s staff, igniting the calls for worker representation at a higher level.

In a letter to staff Ashley stated: “I have always believed Sports Direct to be a business that was built by the great people who work here.

“I therefore believe it is important that your voice is heard at the highest level in order to continue to make a positive difference.

“I look forward with immense pride to sitting alongside the UK‘s first elected Workers‘ Representative at future board meetings of Sports Direct International PLC.”

An election process will now take place in which the company‘s 23,000 staff will vote on a representative candidate from their workforce, who will be invited to speak at board meetings.

This process will be repeated on a yearly basis, alternating between a representative from its retail division and a member of its warehouse staff each year. The process is set to be complete later this year.

A spokesman for the retailer said: “Having explored all options we believe this is the best way to ensure the workers‘ representative is free to champion the interests of all staff.

“We see this as a major step forward in bringing about positive change.”

This news comes after the Sport’s Direct issued a profit warning, stating the drop in the value of the euro against the US dollar would hit its profits.