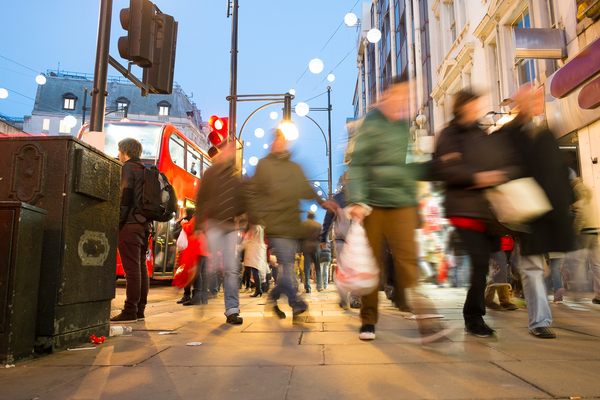 The traditional high street has supposedly been on its death bed for some years. Online shopping and the rise in the leisure industry has caused pundits from all over the UK to hail its demise, despite it remaining remarkably resilient.

However, contemporary pressures have provided new ammunition for those who believe the UK‘s high streets are not long for this world.

Business rates reforms are predicted to severely damage the margins of many smaller retailers, as retail space becomes increasingly exorbitant. Place higher wages, and a poor-performing currency on top of this and the raft of administrations the industry has seen in the first three months of 2017 becomes understandable.

The problems are widely understood, according to Manchester Metropolitan University business school professor Gary Warnaby: “One doesn‘t need to read too far into the popular press to see some of the horror stories individual traders are talking about.”

But less understood are potential solutions to these issues. Informatica‘s director of strategic business development Monica McDonell believes there are steps retailers can take to encourage shoppers to the high street.

“Although retailers must accept that a larger portion of sales will migrate to digital channels, they can take action to encourage footfall in stores,” she told Retail Gazette.

“The first task is to understand how consumer‘s shopping habits and preferences are changing as our lives become a blend of digital and physical worlds.

READ MORE: Is the high street fighting back?

“Once individual shopping journeys have been mapped out, the role of the physical store in each journey can be better understood.

“The challenge here lies with the data that the retailer is able to collate from the shop floor and online shopping platform, to create a map of the complete shopping journey.

“Success in increasing high street footfall ultimately boils down to the quality and availability of data representing complete shopping journeys to ensure that stores remain a relevant and attractive destination for shoppers.”

One of the key solutions proposed by many analysts is the integration of leisure and promotion of experiential shopping experiences. Warnaby argues this is not a new solution, but has been thrown into the spotlight as a solution to recent developments.

“A recognition of the need for the high streets to do something in response to the movement out of town, first to retail parks and then to regional shopping centres which were much more direct competitors to the traditional high street offer, has been around for quite some time,” he said.

“That need is becoming ever more acute with the rise of online retailing. There‘s got to be a reason for people to come out to shop.

“It may well be that the physical outlet in the brave new multichannel world becomes more about the experience of the brand as opposed to selling more merchandise.

“Physical stores as a show room rather than a selling space might be a way forward. Those spaces could become collection and return points as is the case now in many ways.

“The experiential aspect for the individual stores themselves I think going to grow evermore just as a means of trying to differentiate the retailers from all the other competitors.

“In that sense, we‘re going back in many ways to the concepts of town centre management which have been on the cards for the best part of 20 years.

“I think the experiential dimensions aren‘t going to go away, if anything they‘ll become much more important especially if merchandise is available online or in retail parks.”

Is there still a place for Topshop on the UK’s high...