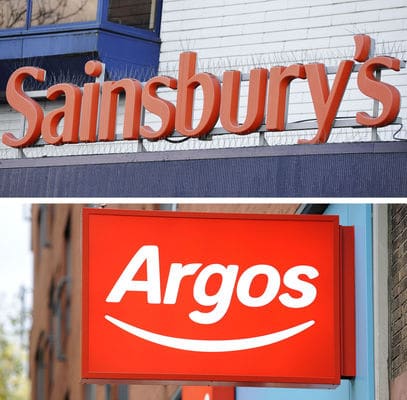 Following its acquisition of Home Retail Group last year, Sainsbury‘s has accelerated the roll-out of Argos stores within its supermarkets.

The 50th Argos store since the £1.4 billion takeover has now opened inside a Sainsbury‘s, as boss Mike Couple pledges another 200 in the next three years.

Eventually, the UK‘s second largest supermarket plans to include an Argos outlet in every store.

The company also plans to transform 60 standalone Argos stores to a digital format.

Furniture retailer Habitat, which Sainsbury‘s purchased as part of the Home Retail Group, will also see another 10 store-in-stores open by the end of the financial year, taking the number to 17.

“The opening of our 50th Argos digital store just seven months after we acquired the company shows we are moving ahead at pace with our strategy,” Argos chief John Rogers said.

“Our decision to transform 60 Argos stores by March next year moves our strategy on further.”

The retailer reported a 0.5 per cent fall in supermarket like-for-likes last month and warned of price pressures from the weak pound.