Dunelm‘s third quarter results published today has indicated a 2.2 per cent slip in total like-for-like sales, which chief executive John Browett put down to “trading in a volatile retail environment”.

Meanwhile total revenue, excluding Worldstores which Dunelm acquired during this period, rose by one per cent to £231.3 million.

In its online business, Dunelm recorded a 21 per cent increase in home delivery sales in the quarter.

The retailer also opened two new stores since the last trading update, bringing its estate to 159, as well as a new warehouse to improve its supply chain.

Browett believes the latest trading update shows that Dunelm has “continued to outperform the homewares market”.

The company said in a statement that the “homewares market remains in decline”, which began in its fiscal fourth quarter last year.

READ MORE: Price rises at Dunelm to go ahead after “softer” than usual trading update

It added that a late Easter could have an impact on like-for-like sales.

“With Easter being later this year, we expect approximately 1.5 per cent of like-for-like sales to move from the third to the fourth quarter,” Dunelm stated.

“This broadly nets off with the 1.7 per cent of like-for-like sales that moved from Q2 to Q3 as a result of the timing of our winter sale compared to last year.”

Browett added that expectations for the full year remained unchanged.

“We continue to focus on and invest in our long-term growth initiatives, to ensure that Dunelm‘s low cost model remains a key strategic advantage allowing us to generate cash whilst maintaining our unique offer of value for money, an unrivalled range and great service,” he said. 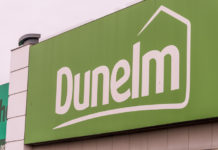