In June, Chanel‘s 570sq ft boutique will open in the station‘s Arcade, while  Calvin Klein, Ted Baker and Joe and the Juice will all open their 700-800sq ft stores in early summer.

Petit Bateau, Ismash and Kikki K will also open in the summer, with the latter set to move into a unit occupied by  Oliver Bonas.

Oliver Bonas will then move  to a larger 1200sq ft store in another part of the station.

“The addition of these retailers complements our existing offer perfectly, giving commuters, tourists and people who live and work locally to St Pancras a convenient place to shop, treat themselves and buy gifts, every day.”

St Pancras will celebrate its 150th anniversary in 2018. 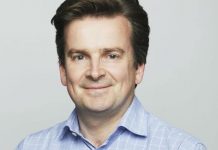