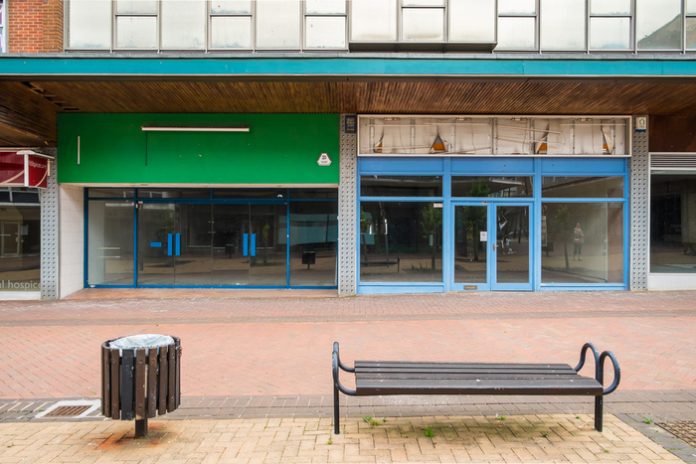 // Local authorities will be able to invite bids for vacant shops, which will allow community groups and small businesses to fill voids on the high street

Landlords will be forced to let out shops left empty for more than six months under new Government plans to revitalise the high street.

The plans will allow community groups and small businesses to take over boarded-up stores in a move designed to help regenerate town centres.

The new powers are set to be introduced as part of the Levelling Up and Regeneration Bill, which will be unveiled in the Queen’s Speech next month, according to The Daily Mail.

READ MORE: Almost 90% of Debenhams stores are still empty a year on from its collapse

It is hoped this will reduce the empty shops that blight town centres. The collapses of chains such as Debenhams and Topshop have left many voids, with one in seven shops sitting empty, according to latest figures from the BRC and LDC.

Local authorities will be able to force landlords to rent out commercial property through a Compulsory Rental Auction, under the new plan.

After a short grace period for landlords to fill the vacancy, local authorities will be able to invite bids from interested parties.

A government source told the Mail: ‘The Government’s mission to level up will breathe new life into these great towns and end the scourge of boarded- up shops sucking the soul out of once-bustling high streets.’