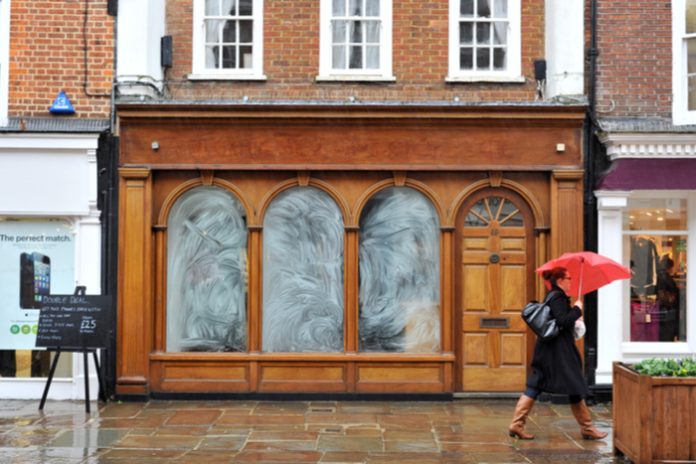 // The number of vacant stores across UK has dropped, according to BRC-LDC Vacancy Monitor

// High street vacancies declined slightly to 14.4% in the fourth quarter of the year

New research has found that the overall store vacancy rate across the UK has improved in the final quarter of 2021 as the number of vacant stores declined for the first time since the start of 2018.

The rate of store vacancies across Great Britain stood at 14.4% in the final quarter of 2021, according to the BRC-LDC Vacancy Monitor.

This marked a slight improvement from the 14.5% reported in the third quarter and was 0.7% higher than the same quarter in 2020.

READ MORE: How a rise in retail vacancies can affect the UK’s high streets

Vacancies in shopping centres improved to 19.1% in the fourth quarter compared with 19.4% in the third.

High street vacancies declined slightly to 14.4% in the fourth quarter of the year. This figure was 14.5% in the third quarter.

Retail parks reported the lowest rate of store vacancy at 11.3%, remaining unchanged from the rate of empty shops recorded in the third quarter.

Vacancy rates were lowest in the south of England, but Scotland and the north of England reported much higher numbers of empty shops, including in the northeast where one in five shops remained closed.

“The final quarter of 2021 offered the first glimmers of hope for Britain’s beleaguered shopping destinations as the number of shuttered shops fell for the first time since the start of 2018,” BRC chief executive Helen Dickinson said.

“It remains to be seen how Omicron will have impacted the number of store closures, but given the third lockdown in England had little impact on the vacancy rate we are hopeful that the trajectory will remain positive.

“However, with hybrid working unlikely to disappear any time soon, it will be difficult for vacancy rates to fully recover in our town and city centres.

“If the government is serious about its levelling up agenda, it must ensure that a cut to the rates burden features at the centre of its forthcoming white paper.

“In the short-term, the government can address the regional imbalances in the system by scrapping downwards transitional relief, which effectively forced businesses outside London to provide a £600m subsidy to businesses in the capital between 2017 and 2020.”

Local Data Company director Lucy Stainton said: “Vacancy rates are a strong barometer of the health of our high streets – with this in mind, it is very encouraging to see the increase in empty units finally stabilising after such a sharp rise over the past two years.”

”This is the first real indication that the most significant structural impacts of the pandemic are potentially at their peak for certain regions and operators, landlords and local governments alike can start to rebuild after a particularly turbulent period.”