Retail property giant Hammerson is currently in talks regarding the sale of the Silverburn shopping centre near Glasgow for around £140 million.

Silverburn, based in Pollok, Glasgow, was originally bought by Hammerson – which also owns Birmingham’s famous Bullring – for around £300 million in 2009.

As an owner and developer of retail destinations, Hammerson has been weighed down by dwindling valuations for its properties in recent years.

The group told investors in August that its short-term priority was to focus on selling non-core parts of its real estate portfolio, saying that any sale would help to strengthen its balance and enable it to “recycle capital for investment”.

In a statement, Hammerson said: “There can be no certainty that a transaction will take place, but the company confirms the pricing under discussion is £140 million, which would represent a class 2 transaction.

“The company will provide a further update in due course, if appropriate.”

The company revealed last month that the number of shoppers heading to its sites has improved, and is now estimated to be between 15% and 20% below pre-Covid levels.

Hammerson sold its remaining retail parks operation for £330 million earlier this year, passing them over to Canadian investor Brookfield as part of its disposal programme. 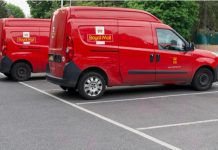