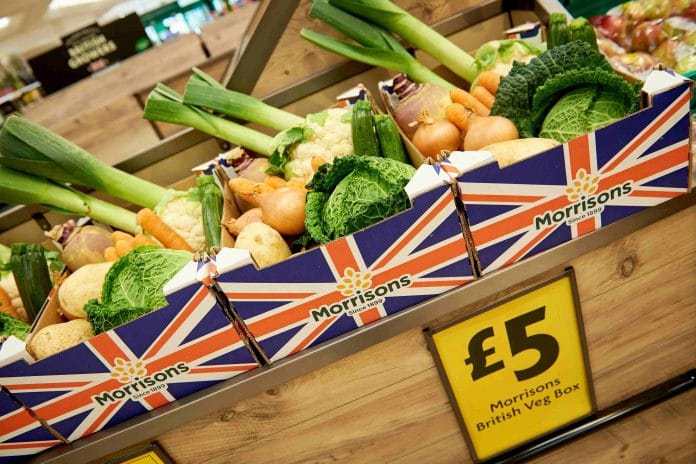 Morrisons has launched a seasonal vegetables box scheme that sees customers pay for a typical box of vegetables for a fraction of the price.

Morrisons also claims their vegetable box is the cheapest of its kind on the market, with the equivalent loose vegetables averaging £6.14 at its Big 4 competitors.

Online shoppers can also buy a £3 wonky vegetable box for delivery with their shopping at Morrisons.

The £5 boxes are aimed at making fresh food more accessible and contains enough British vegetables to feed a family of four for five days.

The £3 wonky vegetables box has similar amounts of produce that may be mis-shapen and may come from overseas.

The scheme follows a successful online trial earlier this year where the vegetable boxes sold at a rate of 2000 in a week.

Morrisons’ “British Veg Box” is sourced from over 60 British growers in Cornwall, Lincolnshire, Suffolk and Yorkshire, who work closely with the supermarket‘s buyers.

The retailer also said it was the only supermarket that handpicked, scrubbed and packed its vegetables at four sites around the country.