The chief executive of the parent company of fashion retailers Dash, Jacques Vert, Precis and Windsmoor has stepped down.

Ridler joins from a two-year stint as business development director at Whitestuff, and officially took up his new position yesterday.

In June 272 jobs were lost and 17 of the group’s stores were shut following a decline into administration.

However, former Jaeger boss Harold Tillman and his partners Sandeep Vyas and Haseeb Aziz lead the rescue effort and acquiring the majority of Style Group Brands, saving over 1000 jobs.

“During his 18 months as CEO, Shaun and his team have worked tirelessly to re-establish the positioning of each of the four brands, developing new, more appealing product, restructuring the business for today’s requirements and, latterly, delivering the sale of the business into new ownership. He leaves with our thanks and our very best wishes for his future success,” Tillman said.

Aziz added: “Peter’s extensive omnichannel international expertise, and his experience operating as CEO for a number of retail businesses, will further support the business in its growth strategy. Peter is a great addition to the team.

“We are confident that with a robust strategy in place and a strong and passionate team, Calvetron Brands has a significant opportunity for growth over the coming years.” 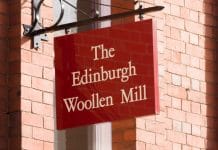