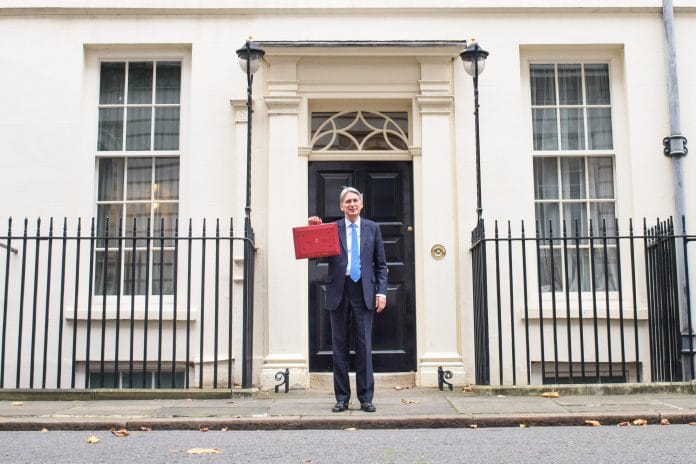 The anticipated Budget 2017 is here, and Chancellor Philip Hammond has sought to address the concerns of many retailers in his speech.

Ever since its implementation, the rise in business rates has been a key issue for retailers, squeezing budgets and straining margins to breaking point.

Key retail leaders across the industry recently called on Hammond to freeze the next rise in rates, expected in April.

In light of widespread criticism, Hammond announced he would bring forward switching to the Consumer Prices Index (CPI) from the Retail Price Index (RPI) by two years, now set for April 2018.

Business rates rises used to be set in line with the August RPI rate of inflation from the Office for National Statistics. The rates were due to uprate by 3.9 per cent next spring, but now they will rise three per cent in line with the lower CPI.

This would reportedly save businesses £2.3 billion.

I will…bring forward the planned [business rates] switch from RPI to CPI by two years, to April 2018 #Budget2017 pic.twitter.com/lFIfFMBklz

“It’s clear that the Chancellor has listened to the retail industry and the growing chorus from across business and commercial life who have spoken up in favour of action to mitigate rising rates bills,” BRC chief executive Helen Dickinson said.

“Crucially, this relief will unleash investment that retailers want to direct towards the needs of their customers. This will be particularly critical at a time when shoppers’ disposable income is being squeezed further and the growth projections for the economy have been downgraded.

She added: “Introducing three yearly revaluations is also a positive move to improve fairness of the system. These are encouraging first steps, so now is the time to commit once and for all to putting the rates system on a more affordable and sustainable footing, to support local communities, shops and jobs. We are keen to work with government to deliver on that.”

Hammon also announced that the “staircase tax”, which adds additional charges to businesses that trade from multiple offices, will be eliminated.

“FSB presented a series of reforms to the Chancellor to make the business rates system fit for the future, and we are delighted to see many taken on board to improve a tax that so badly undermines economic growth,” Federation of Small Business (FSB) national chairman Mike Cherry said.

“We are particularly proud to see the elimination of the staircase tax, a victory that FSB has campaigned hard to secure over the last few months.”

This is good news for many retail employees, but could offset much of the gains retailers have made from the adjustments to business rates.

Government’s sensible approach to statutory pay levels for 2018 welcome- the retail industry has worked hard to implement the National #LivingWage with many paying beyond the legal requirement, as well as extending the rate to all staff irrespective of age. #Budget2017

So #Budget2017 was a net £6bn giveaway for next year, but £1.5bn of that goes on Brexit preparations…