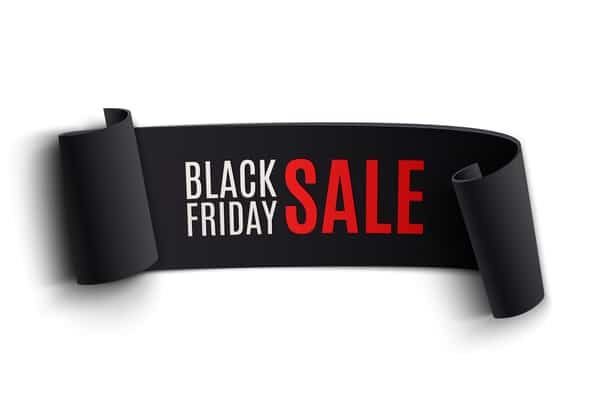 This morning the Office for National Statistics (ONS) shed a sliver of light on what has otherwise been a dismal period for the retail sector.

Retail sales beat expectations last month, according to the ONS, despite still marking the first annual drop in sales volumes since 2013.

Elsewhere, the picture has been darker. According to the CBI, retail sales fell at their fastest rate since the financial crash, while the British Retail Consortium reported worst non-food sales performance on record, and the BDO’s High Street Sales Tracker had never recorded a sharper sales decline.

“Retailers will not welcome this decline in store footfall, but they should treat the size of the downturn as a blip in this year’s figures”

Halloween and Chinese Golden Week seem to have failed to pry the increasingly shrinking pound from consumers’ pockets, but with the Christmas period now moving into top gear, could we see a turnaround in retail fortunes?

Black Friday, the silver bullet in retail’s arsenal, is fast approaching. The bargain-heavy event and preceding week will offer consumers a brief but predictable reprieve from rising inflation and stagnant wages.

“The burning questions for retailers will be whether shoppers are holding off their purchases until Black Friday, and whether retailers can recover from this month’s poor performance to end the year on a high,” KPMG head of retail Paul Martin said.

This has certainly been true in the past, and the popularity of Black Friday has continued to rise exponentially in recent years.

Ipsos retail intelligence director Dr Tim Denison believes October’s sales may indeed be “symptomatic” of shoppers opting to break their piggy banks when their pounds will go the extra mile.

“Retailers will not welcome this decline in store footfall, but they should treat the size of the downturn as a blip in this year’s figures,” he said.

“The interest rate rise is likely to encourage consumers to make the most of the Black Friday offers, pulling forward some of their Christmas shopping into November – although online and mobile will be the main benefactors of this.”

The drop in the value of the pound may have meant retail hibernation of UK shoppers, but international consumers have been splashing out on luxury items throughout the year.

According to Rakuten Marketing, international consumers buying from UK retailers could account for 24 per cent of sales, rising to 28 per cent on the following Cyber Monday.

Offers this year are also likely to continue to diversify as retailers outside the electronics sector jump on the Black Friday bandwagon.

Electrical spend is predicted to continue to grow three per cent this year, but Global Data’s retail analyst Eleanor Parr thinks fashion may be the next big seller.

“Over the past two years fashion retailers such as ASOS and Topshop have improved their Black Friday offers, driving spend in this market,” she said.

“Furthermore, health and beauty performed well in 2016, with department stores such as House of Fraser, Selfridges and John Lewis offering strong discounts on branded fragrances and cosmetics. Strong growth is expected in this sector in 2017 if these deals are replicated.”

The rise in both retailers and consumers taking part in the event has led to record breaking predictions this year.

It’s not plain sailing for Black Friday, though. Even if it’s the case that consumers have been saving for the event, the fall in the pound has affected the other side of the till equally.

Increasing costs mean that the discounts seen in 2016 may not be on offer this year. With the stakes high and many factors in play, it’s down to retailers to pull out all the stops in order to stem falling sales this quarter.