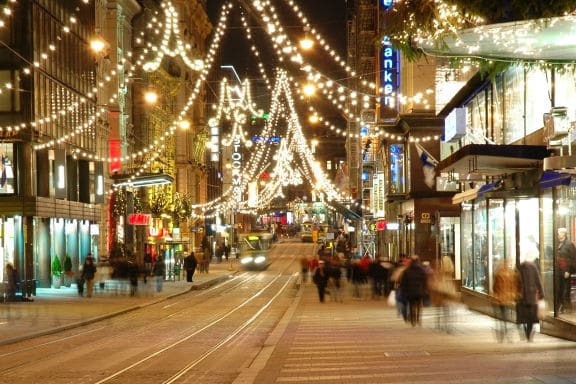 The last five weeks of a demanding year proved a high point for retailers with sales increasing on a total basis by 1.7 per cent, better than the one per cent rise seen in 2015.

New figures from the BRC-KMPG Retail Sales Monitor showed like-for-like sales were also boosted by one per cent in the five weeks to December 31, increasing sharply from the 0.1 per cent rise seen a year prior.

“December is the most important trading period of the year and with sales across 2016 growing more slowly than the previous year, it was all to play for in the final month,” British Retail Consortium (BRC) chief executive Helen Dickinson said.

“Despite the slow start to the Christmas trading period, the week itself was a bumper one and exceeded expectations.

“It delivered the majority of sales growth for the month, proving even bigger than the Black Friday period – which is the reverse of what we saw the year before.”

The biggest boost in sales came in the week leading up to Christmas, with a 40 per cent hike in sales compared to a relatively quiet start of December.

Food sales contributed massively to the success of the month, rising by 2.4 per cent on a total basis, well ahead of the 1.3 per cent 12-month average.

Meanwhile, non-food sales performed sluggishly with only a 1.1 per cent rise in sales and coming in below the yearly average.

KPMG head of retail Paul Martin said: “Festive feasts were clearly at the forefront of shoppers‘ minds, with the three3-month average of like-for-like food sales jumping up by 1.1 per cent: a mean feat considering the stagnation noted the previous month.

“With price increases looming on the horizon, consumers fully embraced the festive spirit and splashed out on treating themselves.

“Christmas stars were home accessories, beauty products and toys which flew off the shelves, encouraged by promotions that in many cases ran throughout the month.” 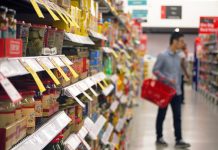