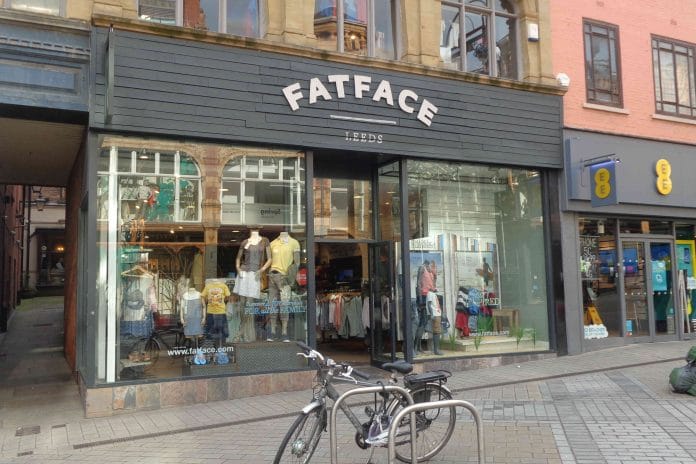 The fall in the value of the sterling since last year’s Brexit referendum has impacted Fat Face’s full-year results, with profits dropping by 11.3 per cent.

While EBITDA for the fiscal year ending June 3 slimmed down to £29.7 million, Fat Face said on a constant currency basis it inched up by 0.9 per cent.

Meanwhile, total sales at the fashion and lifestyle retailer increased 2.4 per cent to £226.1 million in the same period.

Its net debt also dropped to £135.6 million, after prepaying £15 million of debt which Fat Face said was driven by healthy cash generation.

Speaking to Drapers, Fat Face chief executive said the year was a “story of two halves”, with the pound’s depreciation after the Brexit vote particularly felt in the first half before it improved for the second half.

Thompson said a large proportion of the retailer’s foreign currency purchases are made in US dollars, which is why Fat Face’s EBITDA fell 11.3 per cent.

However, he added that full price trading played a part in stabilising the retailer’s position.

Fat Face also splashed out £9.5 million during the fiscal year for a new 80,000 sq ft distribution centre in Dunsbury Park, which is now fully operational, as well as open 10 new stores – three of which are in the US.

The retailer currently has more than 200 stores in the UK, plus 12 in Ireland and the US.