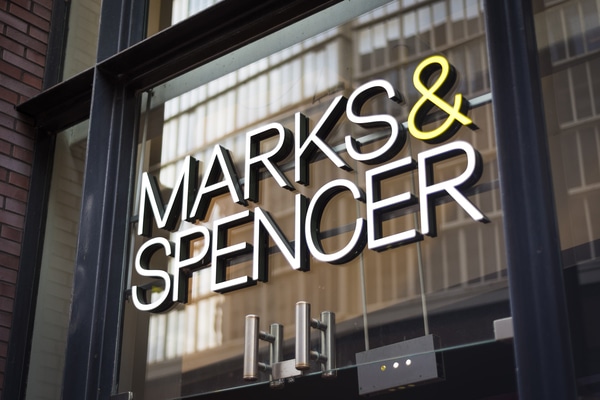 Marks & Spencer is set to ramp up is clothing store closure scheme and take it easy with food store openings after it posted a 5.3 per cent slump in profits in its half-year report.

However, total revenue climbed 2.6 per cent from £4.99 billion to £5.12 billion year-on-year and overall like-for-likes for the first half was up by two per cent.

UK sales and food sales went up by 2.7 per cent and 4.4 per cent respectively. On a quarterly like-for-like basis, UK sales improved from a 0.5 per cent drop to 0.1 per cent, while food remained the same at 0.1 per cent.

As for the clothing and home division, like-for-like sales went down 0.1 per cent in the second quarter – although this was an improvement on the 1.2 per cent drop in the previous quarter.

While like-for-like clothing and home sales fell 0.7 per cent overall in the first half, M&S decision to cut the number of clearance sales saw full-price sales surge by 5.3 per cent.

Meanwhile, M&S’ online revenue lifted 5.7 per cent and international profits trebled to £60.3 million as a result of decisive action to reduce losses in owned markets, as well as favourable currency movements.

The mixed results have prompted the high street stalwart to announce a further “reshape” of its clothing and home division to focus on the most successful sales locations, while having a target to achieve a third of clothing and home sales online in the medium term.

M&S will also slow down its food-only store openings, although it still aimed to launch another 80 Simply Food shops over the full year.

In addition, the retailer said it would commence a “significant” review of costs and further invest in its online sales offering as part of the next phase of its turnaround plan.

Staff would also not be impacted under plans to accelerate the store overhaul scheme, with M&S aiming to relocate those affected by shop closures where possible.

Despite the results, M&S maintained that it was beginning to see first steps of its recovery plan working, with a better-than-expected shift of sales from closed stores to nearby outlets.

“The business still has many structural issues to tackle as we embark on the next five years of our transformation, in the context of a very challenging retail and consumer environment,” chief executive Steve Rowe said.

“Today we are accelerating our plans to build a business with sustainable, profitable growth, making M&S special again.”

M&S first announced its recovery plan a year ago, which consisted of shutting down 30 of its larger UK stores, with a further 45 being downsized or converted to food-only, while also axing 53 loss-making international stores.

So far, it has completed six of the 30 announced UK closures.

The retailer also confirmed it was looking for a successor for finance chief Helen Weir, who leaving to pursue a “plural career”.

She will remain in the role until a successor is found.