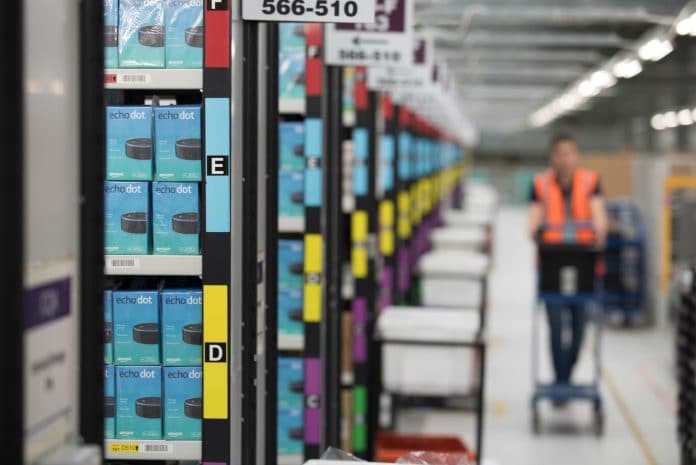 Amazon is cementing its dominance in UK ecommerce after new research revealed it has acquired five times more new warehouse space than its nearest rival this year.

According to property company Savills, the Seattle-based online retail giant increased its warehouse space in the UK by four million sq ft in 2017.

The next retailer on the list is German discount grocer Lidl, which only increased its warehouse space by 754,000sq ft.

Amazon now has 19.7 million sq ft of warehousing space in the UK and its land grab in 2017 accounts for 20 per cent of that total.

“You had a point about 10 years ago when the grocers – Tesco, Sainsbury’s and so on – were very active, and they took a lot of space, but it was nowhere near this level,” he said.

According to the Sunday Mirror, staff at the retailer’s Tilbury warehouse in Essex, allegedly had exhausting working conditions, were forced to work overtime, and also had difficult targets –  which included packing at least two items per minute or 200 items per hour.

Amazon has since refuted the allegations, saying that staff can refuse to do overtime when the occasion calls it, and that workers who didn’t meet their targets were still given support and training to help them improve.

The warehouse was also up to speed with health and safety workplace law and nothing illegal was uncovered during the five weeks the Mirror spent there as part of its investigation.