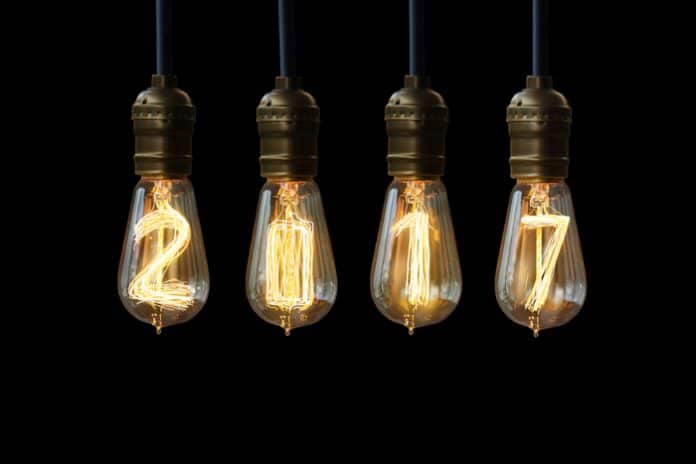 2017 has been a huge year for the retail industry. Some of the largest deals set to dictate the direction of various sectors over the next year were made, while giants no-one expected to see falter struggled to keep their heads above water.

It seems a large portion of this year’s big news was saved until the end of the year. Earlier in December, it was announced that the South African retail behemoth, which owns Poundland, Harvey’s and Bensons for Beds here in the UK, saw its chief executive leave without warning.

Marcus Joost’s shock departure was due to “accounting irregularities” discovered amid a German investigation into the group. The fallout ever since has been devastating for the company, and for South Africa.

Although the real effects of the scandal are still unfolding, at the time of writing it’s estimated that the collective value wiped from Steinhoff and its related companies equates to 295.4 billion rands (£16.33 billion). This equates to roughly eight per cent of South Africa’s GDP.

It’s unclear what will happen to Steinhoff’s UK companies, investigations into the accounting irregularities are still ongoing though Joost’s apology to stakeholders over “big mistakes” is an ominous sign.

The retailer is reportedly looking to sell off assets at raising funds by selling off assets of €1 billion while considering the recoverability of €6 billion worth of non-South African assets.

In late December the crisis worsened as Steinhoff saw its credit insurance removed or reduced. Despite Poundland attempting to reassure staff, an insurance company reportedly reduced its cover on credit for suppliers selling goods to the discount retailer.

Steinhoff’s fate will no doubt dominate headlines going into 2018 and the after effect of its potential collapse could extend beyond even that.

Brexit’s effect on our economy has been a perpetual hot-button issue throughout 2017, with headlines covering a spectrum of potential results.

The start of the year saw “surprisingly” optimistic consumers and a generally healthy-looking retail landscape.

Ahead of the now infamous general election in June, consumer confidence continued to improve in May. Despite this, inflation continued to creep up due to the sterling taking a battering in the international market.

Stories of companies issuing warnings over rising import costs began to become commonplace. Shoezone’s profits dropped 84 per cent in June, owing largely to the fallen pound. This was followed by exponentially bigger names entering the debate including Next’s Lord Wolfson, a prominent Brexiteer, criticising the government’s lack of direction.

A fierce grocery price war raged in the big four as retailers struggled to suppress rising prices, while economists were hopeful inflation had peaked in July having remained flat at 2.6 per cent.

This proved wishful thinking as towards the end of the year inflation hit 3.1 per cent, following an October of some of the worst retail sales on record.

Although the Christmas period has seen a boost in sales, we enter the new year with the highest level of inflation in six-years alongside tepid consumer confidence.

Another late comer which promises to have a huge impact on retail in 2018 is the consolidation of two of the UK’s largest shopping centre owners.

Early in December Intu, which owns 17 shopping centres across the UK, announced a £3.4 billion takeover deal with property firm Hammerson.

Should the companies’ shareholders approve the deal early next year, the new merger will produce a new “pan-European” property company worth a collective £21 billion.

“The financial strength of the enlarged group and its strong leadership team will make it well-placed to take advantage of higher growth opportunities on a pan-European scale,” Hammerson’s chairman David Tyler said.

Despite Westfield owning just two shopping centres in the UK, the newly combined worth after the deal is finalised would top £54 billion, and reportedly deliver cost savings of around $100 million a year.

Unibail’s chief executive Christophe Cuvillier said: “The acquisition of Westfield is a natural extension of Unibail-Rodamco’s strategy of concentration, differentiation and innovation.

“It adds a number of new attractive retail markets in London and the wealthiest catchment areas in the US.”

The ramifications of this merger, which was given the green light in November, sent shockwaves across the grocery sector and has been the catalyst in numerous high-profile deals throughout the year.

Tesco could now potentially supply 5463 stores including brands Premier, Londis, Budgens and Happy Shopper, while also taking control of its own supply chain significantly changing the landscape of the sector.

While this sparked backlash from a raft of convenience store owners, Tesco’s rivals took note and made moves to ensure Tesco didn’t have the upper hand.

After the convenience store chain Nisa’s chief executive warned that the Tesco Booker deal would cause “an enormous amount of pain” in the sector, it put itself up for a surprise sale in June.

This prompted Tesco’s biggest rival Sainsbury’s to explore a bid for the 3200-store chain. However, its interest seemed to wane while it sought to learn more about the Competition Market Authority’s decision on the Tesco deal.

As Sainsbury’s held back, Co-op muscled in on the deal and issued a £143 million bid for Nisa, which was subsequently approved in November. Since then Co-op has also secured a deal to supply 2200 Costcutter stores while offering them the chance to become Co-op franchises, replacing the collapsed Palmer & Harvey as its supplier.

Another unexpected presence in the grocery market this year was Amazon, which bought Whole Foods for £10.7 billion in August. The threat of an online retailer which such a well-established supply network was touted by many, including Ocado, as a “catalyst” for change in the sector.

In late November one of the UK’s largest suppliers Palmer & Harvey collapsed into administration, cutting 2500 jobs in the grocery sector.

Suppliers have dominated grocery sector news throughout 2017 and P&H was one of the UK’s biggest players, supplying around 90,000 stores throughout the country including Costcutter and Tesco.

PwC were brought in as administrators after a potential takeover deal by US firm Carlyle Group fell through.

P&H attributed “challenging trading environment” to its unfolding demise, but various sources had warned  throughout the year that the upcoming deal between Tesco and Booker, given the final green light just weeks after it fell, could threaten the company.

Co-op swooped in to secure a supplier deal with 2200 Costcutter stores in P&H’s absence, while Nisa stepped in to secure short term contract with McColl’s. Subsequently Bargain Booze owner Conviviality purchased over 100 stores from the collapsed business in a £25 deal.

A few days later  it was revealed that the company had paid out £8 million a year in dividends despite making consistent losses of around £10 million almost every year since 2009. A separate report revealed that its pension deficit also stands at £80 million, prompting action from the Pension Protection Fund.

Just over a week later, a further 400 jobs were axed at P&H as a deal to sell off a chunk of its delivery business fell through.

COLLAPSES AND NEAR MISSES

Similar to 2016, 2017 saw a raft of stores fall into financial ruin to be rescued by a larger company or disappear from our high streets completely.

Agent Provocateur embarked on an ambitious sales process January. This followed an accounting scandal that saw £39 million wiped off its value which it barely survived. In February it teetered on the brink of administration. In March Sport Direct’s Mike Ashley snapped up the brand in a controversial £27.5 million pre-pack administration deal which saw many suppliers recoup just 2.9p per £1.

March saw Alteri Investors appoint administrators to two of its footwear brands, Jones Bootmaker and Brantano, with the former failing to find a buyer a month prior.

After “losing count” of its financial woes in March, Blue Inc received approval for a Company Voluntary Agreement from its investors. This followed a complex administration process in January in which it bought back a large portion of its business.

Jones Bootmaker was subsequently saved in a last minute pre pack administration deal by private equity firm Endless. Its stablemate Brantano was not so lucky, with only patches of its estate being bought out by rivals in April.

Later in April it was revealed that 700 jobs at Jaeger, the upmarket fashion brand favoured by the royal family, were under threat as it entered administration. After axing 200 jobs and shutting half its stores days later, it entered a secretive sales process. A month later it was announced that Philip Day, owner of the Edinburgh Woollen Mill Group had purchased Jaeger.

Store Twenty One announced the appointment of administrators in May after failing to keep up with rent. After failing to find the funds to escape administration, it fell into liquidation in July making 900 staff redundant.

Toy retailer Toys R Us also narrowly avoided falling into administration in the last week. After its US counterpart filed for bankruptcy, the retailer saw an overwhelming majority of creditors vote in favour of the retailer’s updated restructuring plan, which will save around 2500 jobs.

One of the most surprising success stories of the year has been Games Workshop. In July it reported profit increases of 126 per cent for the full year while revenues grew by double digits.

This trend continued throughout the rest of the year, leading its share prices to skyrocket. In fact it performed so well that the UK Warhammer maker overtook Kaz Minerals as the biggest gaining company in the FTSE in 2017.

Not only was it one of the best performing companies in the world last year, but Games Workshop was repeatedly the most read story on Retail Gazette this year.

In its latest trading update it stated sales for the first six month period ending November 26 are set to be £109 million, a whopping 54 per cent increase on the same period last year.

16 retailers that have pledged to make their textiles supply chain...