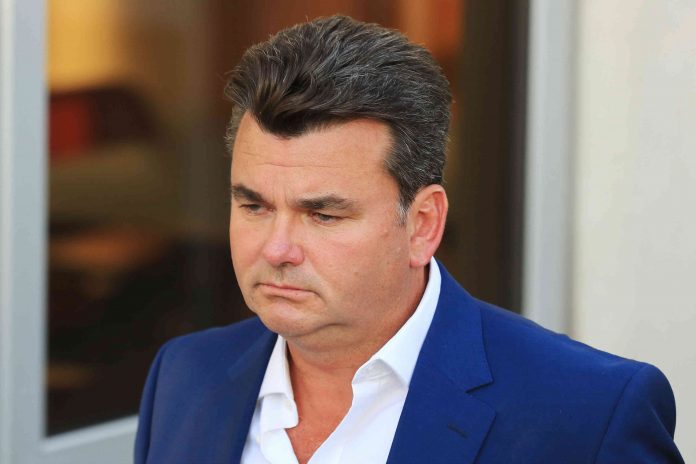 Dominic Chappell has been handed a £10 million bill by The Pensions Regulator as it launches proceedings to claim back the cash owed to BHS’s pension schemes.

The pensions watchdog confirmed it served a so-called determination notice on Chappell last month, which formally notified him that it was seeking money owed – expected to be around £10 million.

Chappell, who was the short-lived owner of BHS when collapsed in April 2016, has 28 days from receiving the notice to effectively appeal against the determination by referring it to the Upper Tribunal.

If he does not appeal, that will then trigger enforcement of the order to pay, with the sum pursued by the Pension Protection Fund on behalf of the trustees of the BHS pension schemes – which had 19,000 members.

A spokesman from The Pensions Regulator said: “Our separate anti-avoidance action against Dominic Chappell continues and [the regulator’s] Determinations Panel has made its determination.

“We will publish the outcome as soon as it is appropriate to do so.”

Chappell has not yet provided a statement on the notice.

The news comes as he was found guilty for failing to comply with notices issued under Section 72 of the Pensions Act 2004 after BHS collapsed with the loss of 11,000 jobs and a £571 million pension deficit.

Chappell was convicted of three counts of failing to provide information to The Pensions Regulator over a 10-month period during its probe into the department store’s collapse.

He has pledged to appeal over the verdict.

BHS plunged into administration 13 months after Chappell acquired it.

Green later agreed to pay £363 million towards the pension deficit.

Chappell is the first person to have been convicted for failing to give information to pensions investigators after denying such an offence at trial, according to The Pensions Regulator.