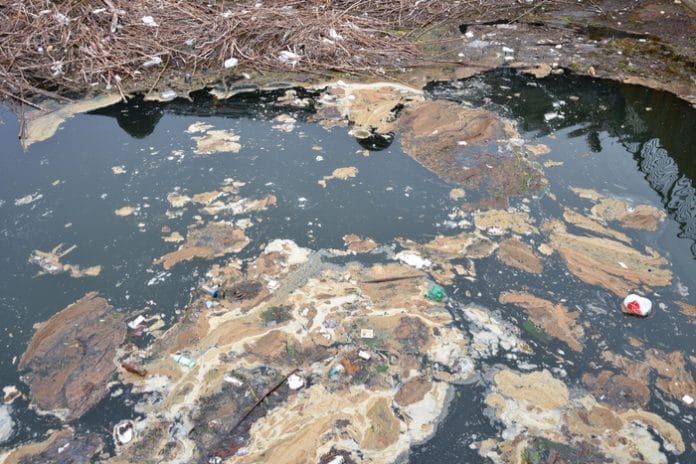 Major UK retailers such as Burton, Asda and Next have allegedly continued to source from factories which release pollution that potentially causes illness and premature deaths in surrounding areas.

According to the Dirty Fashion Revisited report, two viscose factories in India and Indonesia have seen conditions get “markedly worse” following a similar expose last year by the Changing Markets Foundation.

The sites produce viscose, the third most commonly used material in the fashion industry, and are owned by Aditya Birla Group, which reportedly holds a 20 per cent market share in the viscose industry.

The report stated that the areas around these sites are characterised by strong smelling and visibly red pollution, while people in the local communities are suffering from serious health issues including cancer, tuberculosis and birth defects.

H&M, M&S and Zara accused of “turning a blind eye” to toxic factories

A further independent laboratory test found that an air sample from outside one of the factories contained 125 times the World Health Organization’s (WHO) guideline for carbon disulphide, a toxic chemical used in the production of viscose.

Waste was also seen to be illegally discharged into a surrounding river making the water, which was found to be used for irrigation and farming, to be below the “worst in class” water pollution standards.

These practices were first highlighted last June in the Changing Markets Foundation’s Dirty Fashion report, exposing Aditya Birla Group which has previously been commended for its environmental record. The group has refuted the claims made in the report.

“Our investigation suggests that Aditya Birla Group is failing to live up to its sustainability claims,” Changing Markets campaign manager Natasha Hurley said.

“Brands buying from the company should look beyond the green spin to understand what is really happening on the ground, where local residents’ and workers’ lives are blighted by pollution on a daily basis.”

Though major brands are still using Aditya Birla Group as a supplier, Inditex, H&M, Asos and Marks & Spencer have today pledged their commitment to alter their sourcing policy.

Following the release of the report, Tesco, which was previously implicated, had also pledged its commitment to making changes.

In response to the report Next stated: “Next was first in contact with Changing Markets Foundation over nine months ago, concerning its Report into the Aditya Birla Group.

“The issues are both complex and very real – and therefore cannot be solved by any single party acting alone.

“Next is therefore seeking to join with others in the retail sector to work collaboratively on a long-term solution.”

A spokesperson from Asda also responded saying: “We’re aware of this report and are reviewing its findings, and will take action where appropriate.”

Changing Markets has released a “Roadmap” aimed at guiding retailers towards a more sustainable supply chain, which the aforementioned brands have signed up to.