Nike has announced the departure of its brand president Trevor Edwards following 25 years at the sportswear retailer.

Edwards remains a prominent figure at Nike, reportedly touted as a frontrunner to succeed chairman, president and chief executive Mark Parker to lead the company.

He announced his retirement this week and is due to depart the company in August.

He will now serve as an advisor to Parker until his retirement while former Nike geographies president Elliott Hill will take on the new role of president of consumer and marketplace.

According to the Wall Street Journal, an internal memo which informed staff of Edward’s retirement included reports of “behavior occurring within our organization that do not reflect our core values of inclusivity, respect and empowerment”.

However, there was nothing linking this to Edwards.

Edwards has held his role as brand president since 2013, following over 25 years as vice president of global brand and category management.

“I’d like to thank Trevor for the important role he has played for 25 years and for his significant contributions,” Parker stated.

“He has helped us grow and strengthen our brand on a global scale. I am committed to stay in my role as chairman, president and CEO beyond 2020. Trevor has decided to retire,”

“We are fortunate to have a strong management team in place who is well suited to drive our next stage of growth and to steward and evolve our culture in the future.” 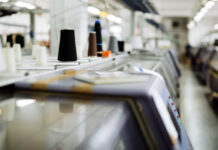