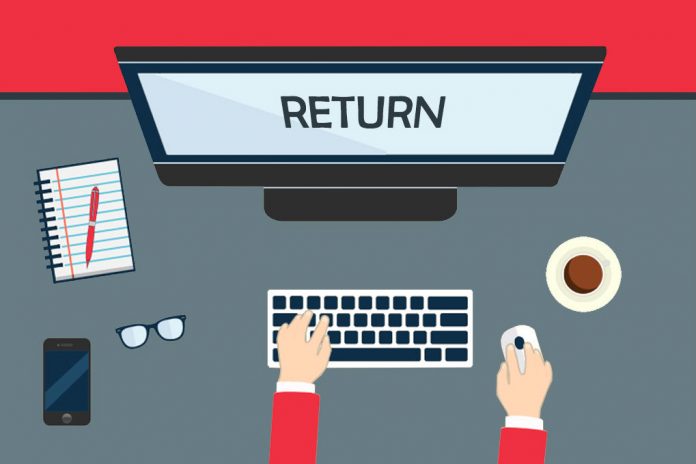 Retailers could soon be faced with a “returns tsunami” thanks to the emergence of new try-before-you-buy schemes for online consumers.

The schemes allow consumers to order as many items as they like, have them delivered, try them on at home and then return the ones they don’t want without paying a penny.

In addition, the money only leaves their account when the returns have been processed.

Retailers that have adapted this new scheme so far include Asos, Topshop and Schuh.

The report, A Returns Tsunami for Retail by omnichannel retail management firm Brightpearl, reveals the trend could threaten to overwhelm retailers with a surge of intentional returns that may undermine profits.

Working in partnership with OnePoll, Brightpearl canvassed the opinions of 200 retailers in the US and the UK and the views of 4000 consumers.

According to the findings, 76 per cent of consumers would “definitely” or “maybe” purchase more items if offered a try-before-you-buy option – with shoppers ordering on average three extra items each month, only to return them without ever paying a penny.

Meanwhile, 87 per cent would return up to seven purchases – with Brightpearl’s research showing that 85 per cent of consumers expect retailers to provide returns for free.

In addition, 40 per cent of retailers have seen a marked increase in “intentional returns” over the past 12 months when customers deliberately over-order multiple items knowing returns are free or cheap.

Fifty-one per cent of retailers said their margins were being impacted by the process of handling and packaging returns and 72 per cent believed they would be squeezed even further as the try-before-you-buy trend becomes more popular.

Furthermore, 17 per cent of global retailers have already adopted the try-before-you-buy model and by 2019, more than a quarter will offer this type of service to customers.

However, the study found that 69 per cent of retailers were not deploying any technology solutions to process returns, despite shoppers increasingly wanting their returns to be processed faster.

It also found that for many retailers, the new trend will result in customers returning on average three items a month, potentially tripling the cost of returns if they continue to take no action.

High growth and medium-sized retailers would be the most exposed, with 70 per cent worried that try-before-you-buy services would affect their profitability.

“The good news for retailers is that this will almost certainly lead to an uplift in sales. Our study indicates that shoppers want the option to order items such as clothes online but only pay once they decide to keep them, so it’s something that all retailers will need to consider to remain competitive.

“However, this trend could spell disaster for retail business owners if they do not prepare by having the right framework and solutions in place to manage returns. And, they’ll need to do so quickly as the trend becomes more widely adopted over the next year.

“Consumers will buy more, but retailers must be ready for a potential flood of returns. With shoppers indicating that they could return an extra three items a month on average, it could spell an unmanageable tsunami of returns for some merchants.”