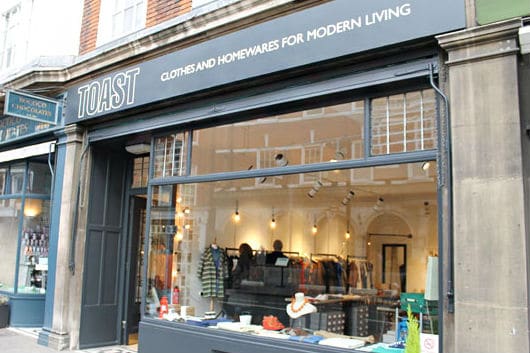 The news prompted shares in French Connection to spike by 20 per cent in morning trading on the London Stock Exchange.

Slated for completion in April this year, the deal consists of £21.3 million in cash and dividend of £2 million.

Toast is a womenswear fashion and homeware retailer that has 12 stores and a wholesale deal with John Lewis.

French Connection is expected to net around £13.9 million from the sale.

However, it still needs the support of shareholders before it can proceed.

Should it be successful, Toast will become aligned with Bestseller’s collection of 20 fashion brands, including Jack & Jones and Vila Clothes.

“The price achieved for Toast reflects the strength of the brand and the business we have built behind it,” French Connection chairman and chief executive Stephen Marks said.

“French Connection will use the transaction proceeds to underpin its core business, allowing us to focus on our priority of returning to sustainable profitability and growth.”

The deal will marry , if it wins the backing of French Connection shareholders.

French Connection is in the midst of trying to return to profit after axing loss-making stores and overhauled ranges.

It recently revealed it had received an unwanted takeover approach from a US suitor in the middle of 2017, which was only made public as French Connection reported fees in connection with the approach in full year results showing sharply narrowed losses.