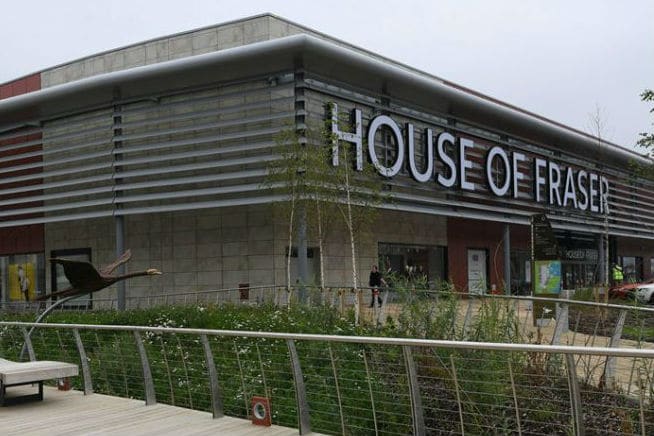 House of Fraser’s main shareholder is set to inject another £15 million cash injection to help to address the department store’s financial troubles.

According to The Times, Sanpower Group is expected to provide the amount a week after it injected £15 million to help meet payments to concessionaires and landlords.

The new round of funding means House of Fraser would receive about £30 million in less than a month from the Chinese firm, which has an 89 per cent stake in the retailer through its subsidiary Nanjing Cenbest.

It also comes on top of the £15 million given to the retailer by Sanpower last September.

The news comes after talks between House of Fraser and Alteri to secure £40 million in emergency funding collapsed late last month.

It is understood that the department store’s assets may have already been pledged against its substantial £400 million debt pile, leading to a major turnaround specialist Alteri to walk away from negotiations.

House of Fraser also recorded a slump in Christmas sales, had its credit rating downgraded, sought to reduce rents through talks with landlords, drafted in Rothschild to help refinance its debt package and credit insurers have pulled cover for its suppliers.

Meanwhile, Sanpower is in the process of offloading 51 per cent of its stake of it to tourism development company Wuji Wenhua, so as to reduce its ownership of House of Fraser to a 38 per cent stake.

The department store has stressed that the change of hands will have no impact on its day-to-day operations and that it is “business as usual”.

House of Fraser is due to announce its full-year results in mid-April, as well as an update on its transformation plan to find £26 million of savings per year.

The retailer currently employs around 6000 staff across 59 stores and a further 11,500 staff among its concessions.