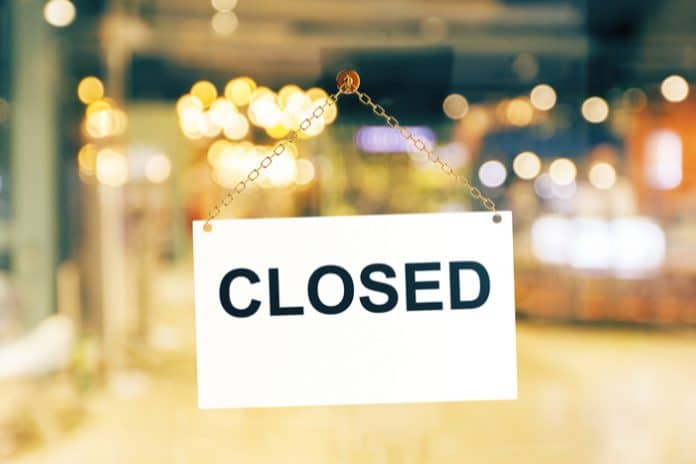 Around 12,000 jobs have been lost or put in danger across the retail sector over the past year as insolvencies hit the highest level since the financial crisis.

According to a new report from Colliers International, in the 12 months since April 2017’s business rates revaluation, 15 major retailers or restaurant groups have launched a CVA or entered formal administration, 10 of which have been since the start of the year.

In 2008, the height of the last financial crash, 12 companies went under throughout the entire year.

Colliers has calculated that these failed companies faced a combined business rates bill of £152 million last year and would be hit by even higher figures this year.

“We wonder how many more retailers are going to get into trouble or people lose their jobs before someone decides to tackle the problem properly,” Colliers’ head of business rates John Webber said.

“Toys R Us was struggling with a rates bill of £22m a year and it finally went down because it could not pay a £15m VAT bill.”

Webber added that business rates were just the tip of the iceberg of the issues facing retail, citing higher wages, the apprenticeship levy and lower consumer spending. However, the looming further three per cent rise later this month will and rising inflation will knock retail “for six”.

“The fact that ten sizeable retailers or restaurant groups have gone into administration or CVA since the beginning of the year is extremely worrying,” he continued.

“Our figures do not even include all the small independent stores that have gone to the wall too. With big bills landing in April the situation is only going to get worse. Reforming the business rates system won’t solve all the retailers’ and restauranteurs’ problems, but at least it would be a start to show support – not another kick in the teeth for struggling businesses.”