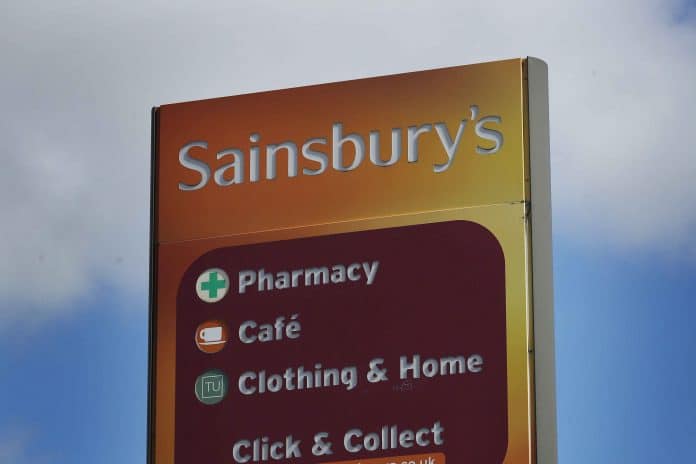 Sainsbury’s has reported an 18.7 per cent pre-tax plunge in pre-tax profit in its preliminary full-year report, despite an uptick in sales.

On a statutory basis profit before tax fell year-on-year from £503 million to £409 million for the fiscal year ending March 10, although underlying pre-tax profit rose 1.4 per cent to year-on-year to £589 million thanks to a second-half profit increase of 11 per cent.

Sainsbury’s first released an unaudited version of its full year results on Monday at the same time as it unveiled details of the proposed £12 billion merger with Asda.

Sainsbury’s said this reflected the impact of a full year’s consolidation of the additional shares issued from its £1.4 billion acquisition of Argos and Habitat in 2016.

The retailer has so far opened 191 Argos concessions within Sainsbury’s supermarkets and will aim to have around 280 by the end of the current year, ahead of its plan to open 250 by March 2019.

The company also reported strong cash generation with free cash flow of £432 million, up £113 million in the year while net debt reduced by £113 million to £1.36 billion.

It added that it delivered £185 million in cost savings during the year, bringing the total to £540 million over three years and exceeding its original £500 million three-year target.

Looking ahead, Sainsbury’s expects further cost savings of at least £500 million over the next three years, starting with £200 million of savings in the current fiscal year alongside a target to reduce net debt by a further £100 million.

Profit expectation for the year ahead is also in line with current market consensus of £629 million.

He said he remained “optimistic” about the year ahead.

Sainsbury’s is also in the process of finding a new non-executive chairman, after David Tyler departed after eight years in the role.

Tyler’s successor will go on to chair the newly-formed Sainsbury’s-Asda business entity, should it be approved after an expected probe from the Competitions and Market Authority.