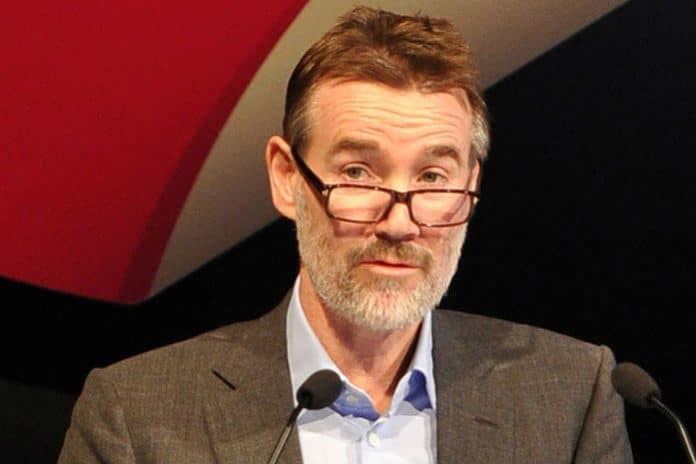 Asos has appointed City stalwart Adam Crozier to the role of chairman, replacing Brian McBride when he steps down on November 29.

The news comes after reports first emerged last month that Asos was interviewing candidates to replace McBride, who will depart the online retailer after nearly six years as chairman.

The appointment of Crozier is expected to lead to a shake-up of Asos’ leadership team.

He was previously ITV chief executive until June last year, and he also headed up Royal Mail between 2003 and 2010.

His new role at Asos is another post to his growing roster of chairman positions, including at Whitbread and Vue.

He also also served on the board at advertising giant Saatchi & Saatchi, outsourcing firm G4S, and the Football Association.

“The Asos story is truly impressive and I am tremendously excited to become part of it,” Crozier said.

“I’m greatly looking forward to working with the team that is building a global powerhouse in online fashion.”

Asos senior independent director Ian Dyson praised outgoing chairman McBride for his “contribution during a period of high growth for our company”.

McBride said: “It has been a great honour and pleasure to have worked with Asos over these past six years and I wish the company continued success in being the world’s number one destination for fashion-conscious 20-somethings.”