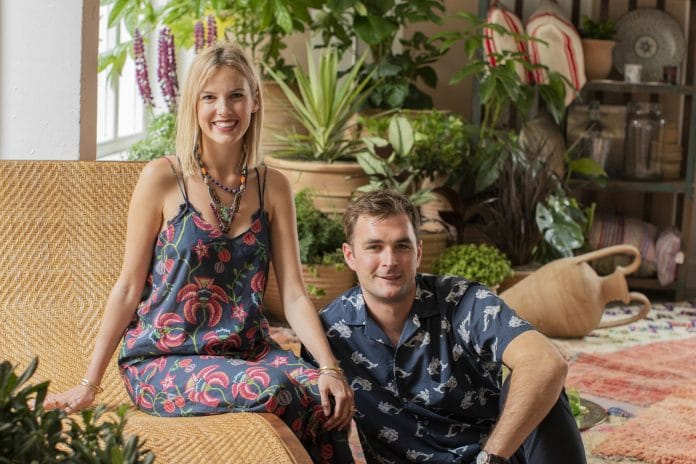 Everyone, at some point in their life, has dreamed of running their own business. The prospect of triumphantly walking out of your day job to go it alone is an alluring one, and every once in a while we have a epiphany on just how we make our million.

Unfortunately, for the vast majority of hopeful would-be chief executives, as soon as they dig a littler deeper into what it’ll take to make the business successful they’re scared off, and their million-pound idea is placed firmly on the back burner.

Others, like Desmond & Dempsey’s co-founder Molly Goddard, jump into the deep end head first and rely on their swimming skills to ensure they don’t sink.

“If I had known what was involved in setting up a brand it might have scared me away,” Goddard told the Retail Gazette.

Despite Goddard and her now husband and co-founder Joel Jeffery’s relative naivety, their luxury pyjama brand exploded onto the retail scene almost immediately following its launch in 2014.

Their products are now stocked in what would be considered a dream list of retailers by any start up entrepreneur, including Selfridges, Fortnum & Mason, Bergdorf Goodman, Mr Porter and Liberty London, alongside their own direct-to-consumer ecommerce site.

While their success story may act as a beacon of hope for those on the fence about taking the plunge into retail entrepreneurism, the pair have had to adapt, work smart and more importantly work their “butts off” to build Desmond & Dempsey from the ground up.

“The best thing we did was make 100 pairs with our own money, on a credit card actually,” Goddard recalled.

“We said we wouldn’t quit our day job until we’ve sold these 100 pairs. Once you see it sell past friends and family then I think you have a product people want.”

After selling her first 100 pairs of luxury pyjamas while maintaining a full-time day job, Goddard quit and started devoting time to her business, ticking off the first milestone in any business owner’s bucket list.

However, unlike countless other retail start-ups who have come before and will come after it, Desmond & Dempsey had something which allowed it to become the household name it is today.

One of the key elements working in its favour, and perhaps the most essential in the world of retail, was finding a gap in the market.

Goddard’s epiphany came when searching for a set of pyjamas that lived up to the comfort of her then boyfriend Joel’s t-shirts.

“I went into Selfridges and I wanted a pair of pyjamas I loved as much as his, but there just wasn’t any in the market,” she explained.

“There was really beautiful brands like Olivier von Halle and Yolke but I didn’t want to pay that £400 price mark. At the other end of the market was the White Company or high street chains which were thin, synthetic rubbish with butterflies or love hearts or daises on them.

“Two months after launching we were approached by Fortnum & Mason and Bergdorf Goodman in the States, that’s when we realised right there is a gap in the market let’s really take this seriously.”

Having a product that no one else has is one thing, but being able to sell that product is another skill entirely. A skill, it turns out, that came naturally to Goddard.

Prior to launching in September 2014, the pair had been building a blog and amassing a following around the brand’s core value, namely loving your Sunday morning.

Not only did this build a customer base before they even had a product to sell, but it created a lifestyle, as opposed to a product, to market.

“We definitely set up a lifestyle before we launched in the market. The response was really good.

“It meant that when we launched we didn’t launch to an empty field, we already had creative relationships with different influencers and bloggers and we had people just start talking about us when we did have a product and the response was really good.

“When we launched we had amazing press straight away. I think it was because we had something more to talk about than just the new product. It meant that our meetings were more interesting.

“How we talk about it has obviously evolved as we’ve grown up and learned about what our customers want on a Sunday morning and what feels special to them.”

These two factors have allowed Desmond & Dempsey to transition from the world of start-ups to a fully-fledged and widely recognised brand and online retailer.

For their next dive into the deep-end, the founders are hoping to break into physical retail. In the same way they tested the water with the sale of their first 100 pairs of pyjamas, Goddard and Jeffery launched their first pop-up store in Mercers Walk, Covent Garden in May.

“We really want to move into physical retail, we’re just not sure how to do it yet,” she explained.

“When we open a store we don’t want it to be just clothes on a rail, we want it to be something more. We want people to say if you want a perfect Sunday come here.”

The pop-up, which offered customers not only an exclusive collection of pyjamas but activities like brunch and life drawing, like the blog before it sold customers a lifestyle.

“If we went into that popup with the objective to sell more pyjamas in the space it wouldn’t have been a success. We can sell so many more online so much more easily,” Goddard continued.

“It is such a risky environment and its making sure we understand why those stores aren’t working and what their objectives are.”

With the high street in such disarray and once mighty retailers toppling on a weekly basis, it will be down to innovators willing to take a dive and learn to swim to replace them.

Brands like Desmond & Dempsey, which is set to have a permanent physical store within three years, will be rewarded for their bravery, adaptivity and above all smart practices in what is due to become the next wave of retail. 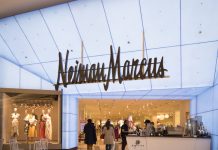