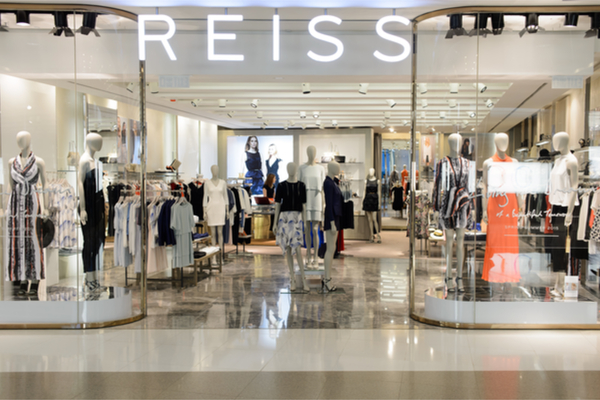 Reiss has recorded an increase in full-year sales, but attributed its “transitional year” for the double-digit drop in profits.

Reiss said the drop in profits was a result of its “transitional year”, which included product availability issues, the weakening pound, and an investment drive for its website.

Christos Angelides was also hired last year to be Reiss’ new chief executive, and he reportedly invested in new designers.

The retailer also incurred a non-cash impairment provision of £14.2 million in relation to several underperforming overseas stores and £2.1 million of exceptional re-organisation costs during the year.

Despite the results, the retailer is already showing signs of recovery thanks under Angelides’ new leadership.

UK like-for-like sales for the six months to August 4 has gone up 6.7 per cent, and in September alone it surged 15 per cent.

Meanwhile, international sales were up 16.4 per cent compared to the same half-year period the previous year.

“Last year we put in place the building blocks to reposition and refresh the Reiss brand, product and website proposition,” Angelides said.

“We also signed some important new franchising and licensing agreements and, with the right team in place, we have taken steps to improve our operational execution.

“Our customers have responded positively, and the business has performed well in the first half.”

He added: “We anticipate that these trends will continue throughout the rest of the year in all of Reiss channels to market, which should result in improved profit growth versus last year.”