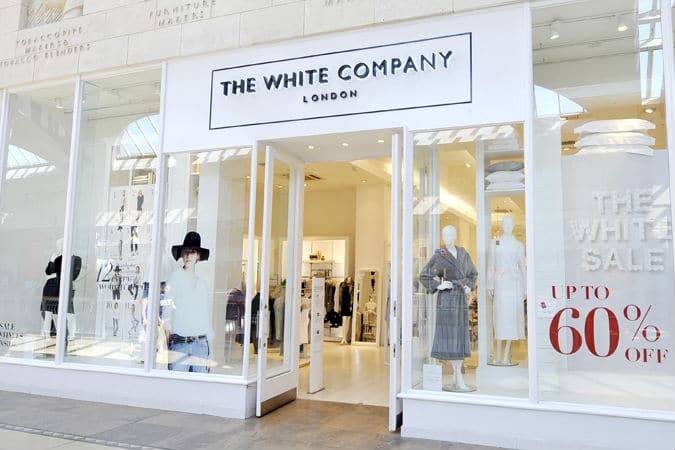 The White Company has welcomed higher sales and rising underlying profit in its annual report, although it said its bottom line was impacted by expansion in the US and Ireland.

Group turnover for the fashion and homeware retailer increased four per cent to £206 million in the 53 weeks to March 31 this year, while underlying UK profits had a three per cent year-on-year uptick to £18.1 million.

However, group operating profit plunged by 32 per cent to £11.8 million, thanks to foreign exchange contracts and the impact of stores investment, especially its debut locations in the US and Ireland.

During the period, The White Company opened its first US stores on New York’s 5th Avenue and Shorthills Mall in New Jersey, as well as in Kildare, Republic of Ireland.

The White Company chief executive Mary Homer, who was appointed last year after leaving her longtime position as Topshop boss, said the performance of the current fiscal year so far was “encouraging” considering the challenging retail climate.

“Our year of consolidation investing in both infrastructure, IT, moving to new headquarters and our international expansion has ensured we are now positioned for future growth,” she said.

“The performance of this current year so far, showing growth in both revenue and profit, is extremely encouraging in the current retail climate.”

By the end of the last fiscal year, its portfolio consisted of 47 UK stores, seven UK concessions and the three international stores.

The White Company now plans to launch an online partnership with US department store Nordstrom next spring, open a second Irish store, as well as one in Beverley, Yorkshire in the site of a former Wilko store.