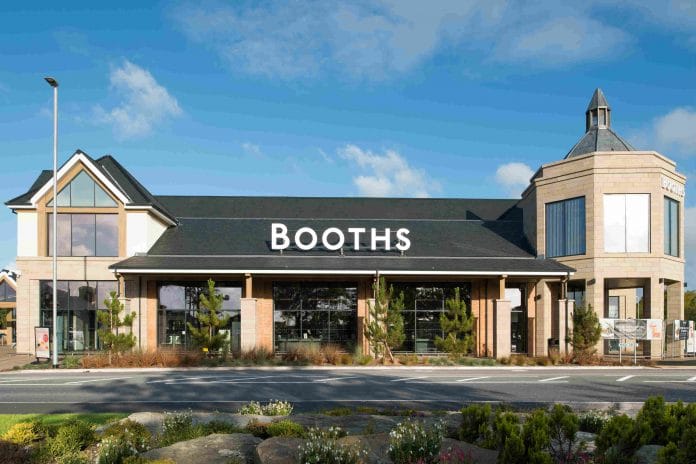 Booths has credited the popularity of its own-brand products for the strong growth in sales and profit during the Christmas trading season.

For the three-week period ending January 5, the grocer – often regarded as “the Waitrose of the North” – recorded a 3.3 per cent sales increase and a 4.5 per cent uptick in profits.

The retailer said its traditional Christmas range showed the strongest performance, with sales for turkey and trimmings recording an increase of 10 per cent.

Booths added that its range of own-brand wines also performed well, as did its range of craft beers and spirits.

Meanwhile, its click-and-collect service delivered an 15 per cent growth and 25 per cent uplift in sales over the New Year period.

Booths also recorded growth in its business-to-business channels, where sales more than doubled year-on-year over the festive period thanks to a combination of established and new customers.

“We focused on offering the very best traditional Christmas food and drink with flair and purpose.

“Customers trust Booths for quality, service, knowledge and our commitment to find the very best suppliers.

“I’m delighted with our Christmas performance and the positive momentum that we are achieving throughout the business.”