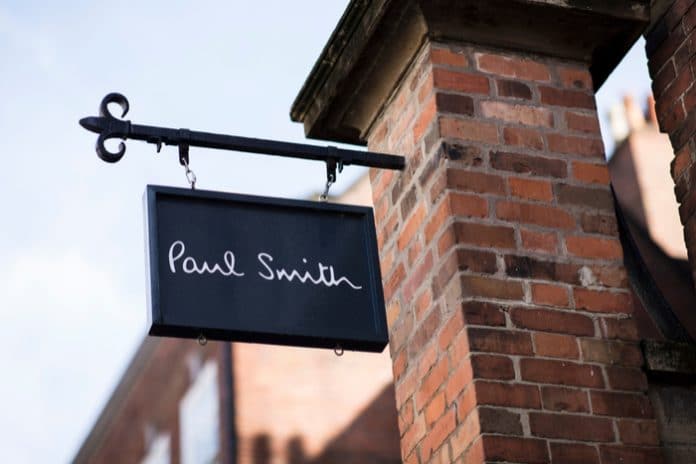 According to newly filed accounts, the designer brand saw like-for-like sales leap 11 per cent in the year to June 30, while total sales grew 6.7 per cent year-on-year to £197.3 million.

The accounts also indicated that Paul Smith’s pre-tax profits increased marginally from £2.9 million to £3 million over the same period.

The retailer, founded by the designer of the same name in Nottingham in 1970, attributed its strong performance to investing in new shops and upgrading its ecommerce capabilities.

It also praised the performance of its London stores “despite a challenging economic climate”, where retailers have struggled with rising rents, business rates, and waning consumer confidence.

Paul Smith also opened new stores in Manchester and Berlin, and acquired four shops in Hong Kong and a further one in Luxembourg which had been previously operated by franchise partners.

This allowed the retailer to record a 12 per cent boost in retail sales, while wholesale sales to franchise partners, department stores and stockists grew by 2.8 per cent.

However, it revealed an exceptional cost of £2 million related to a reorganisation.

“The directors consider the result for the year to be satisfactory following a period of challenge, transition and significant change,” Paul Smith stated.

“Sales increased across our retail and wholesale channels and we are pleased to see the positive results following the changes made to our business and products.

“Our increasing overheads reflect continued investment in new shops and our business systems as well as the impact of a weaker pound on our purchases and the cost of our operating overseas.

“Operating expenses also include the significant impairment of one of our own non-performing shops and the significant challenges to the high street have led to an unusually high bad debt charge this year.

“Whilst we do not under estimate the challenges in our market, we have made significant progress in returning to growth and building a strong foundation as a result of the significant investment and efforts made.

“Based on current levels of trade, we expect a more positive outcome for the coming year.”

Paul Smith employs more than 1000 people and in the current financial year, it opened new stores in Copenhagen as well as in Kings Cross in London, bringing its store count total close to 170.

The retailer is also planning further expansion in Germany and the US.