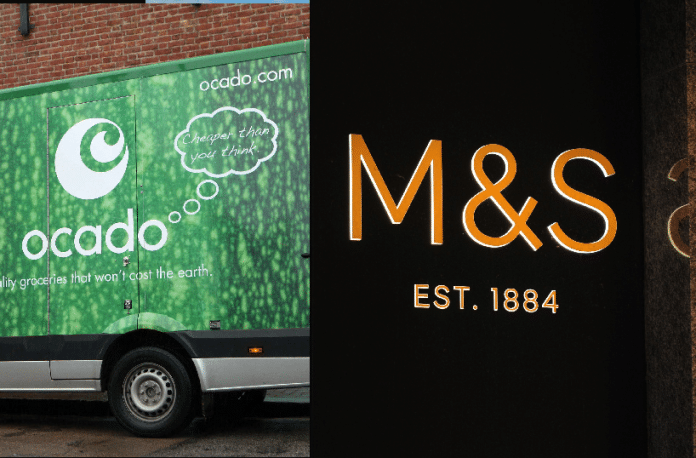 Ocado and Marks & Spencer’s bosses have defended their decision to embark on a landmark joint venture following a backlash which saw its share price dive over 10 per cent.

Yesterday the pair announced a new £750 million joint venture which will see M&S buy half of Ocado’s retail business, giving it a full online delivery service for the first time in its history.

Since the announcement M&S’s shares have dropped 13.5 per cent, largely in part to an announcement that in order to raise the money, it would slash its dividend by 40 per cent and conduct rights issue with the goal of raising £600 million.

Furthermore, Ocado’s boss Tim Steiner addressed fears that the recent fire which destroyed its high-tech automated warehouse in Andover could stunt growth in the joint venture, stating that the exact cause of the fire had been identified and shared with M&S staff.

“There is no issue here,” he said.

“I strongly believe through this transformational deal, Steve will have more shops in five years than he would if he hadn’t done this deal.”

The joint venture spells the end of Ocado’s partnership with Waitrose, which had been running since 2000 and was due for renewal this week.

Ocado said this meant it would no longer pay sourcing fees to Waitrose, which were more than £15 million in 2018.

It is expected that the new venture with M&S will be able to launch by September 2020, which is when the contract with Waitrose comes to an end.

M&S said it predicted potential cost savings of up to £70 million a year to be achieved due to increased buying scale, conversion of customers and joint marketing.