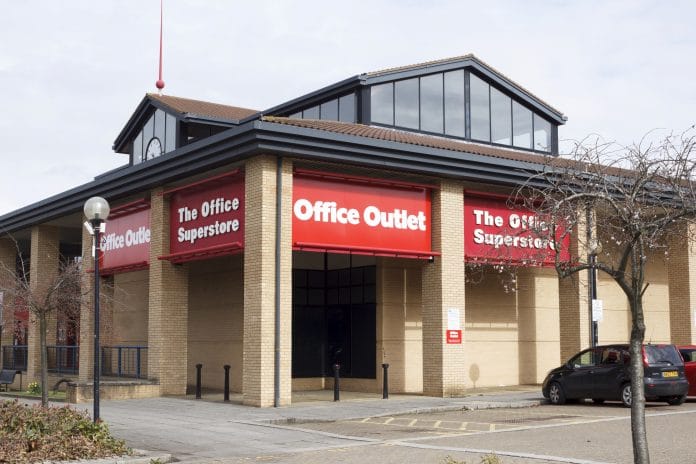 // Nine stores will shut down on April 7, with a further seven on April 10

Administrators for Office Outlet have announced a raft of store closures and scores of job cuts as they continue to search for a new owner.

The retailer, formerly known as Staples, went under last month and administrators from Deloitte have confirmed that 16 stores will shut down this month, resulting in 161 job cuts.

At the time of its fall into administration, Office Outlet had 1200 employees and 90 stores.

Of the stores shutting down, nine will close on April 7 and another seven will shutter on April 10.

The 161 redundancies these store closures will result in are in addition to the 106 jobs which were lost at Office Outlet’s head office and distribution centre in Daventry last month.

Richard Hawes, joint administrator from Deloitte, said that although advisers were still open to a sale of all or part of the business, some stores must be closed.

US-based stationery giant Staples agreed to sell its UK shops to Hilco Capital, the former owner of HMV, in late 2016.

The stores were then renamed Office Outlet, but in 2018, a management buyout led by chief executive Chris Yates took control of the Office Outlet.

In August last year, Office Outlet launched a CVA which saw a handful of stores shut down as well as three years of free rent on 20 others.