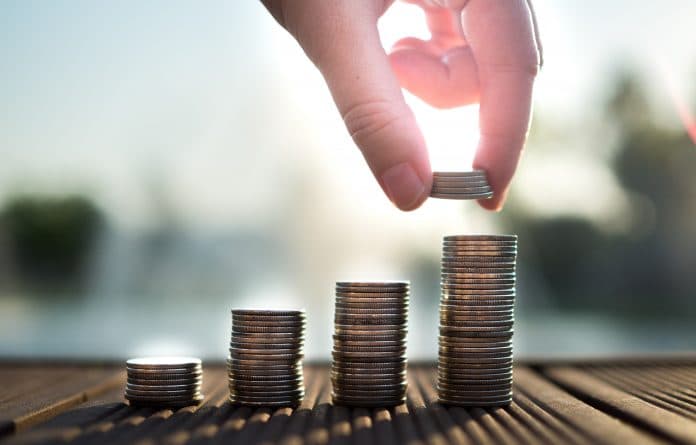 It’s no secret that retailers come head-to-head with staff demands for wage increases, especially shop floor staff, on a regular basis. At the same time, it’s widely known that raising wages could arguably cause backlash for retailers in that it leads to rising costs for the business.

Just last month, beloved book retailer Waterstones revealed it couldn’t raise its employees’ wages because, as managing director James Daunt said, it was “frankly not profitable enough” – even though the business had made some profit in recent years as part of Daunt’s turnaround scheme that brought the retailer back from the brink.

“Everyone’s under pressure to reduce costs, but the focus is often too much on that and not enough being an employee first business”

Daunt was responding to an online petition that went viral on social media, so the question arises as to whether retailers should raise wages in order to retain staff numbers and/or to completely avoid staff demand in the first place.

It’s not always certain whether employees will resign if their salaries are not increased, but the constant and quite often public demand to do so could ruin a retailer’s reputation, which in turn could adversely affect its sales.

Meanwhile, the retailer said that compared to other similar large retailers, only Ikea, Majestic Wines and Lush Cosmetics have committed to paying the real living wage rate. Does this mean big retailers are likely to escape blame regardless of staff petitions, thanks to their already established reputation?

“Unfortunately a number of retailers will look to stretch the rules as far as they can,” author and founder of The Customer First Group, Martin Newman, told Retail Gazette.

“Everyone’s under pressure to reduce costs, but the focus is often too much on that and not enough being an employee first business.”

However, Helen Jamieson, chief executive of nationwide HR consultancy Jaluch HR, said that sometimes large retailers can get away with overlooking pay rates but they tend to have more of a “spotlight” on them than smaller retailers, so neglecting employees’ needs “doesn’t always work in their favour when it comes to press attention”.

When commenting on Sainsbury’s initiative to scrap paid breaks, Jamieson said: “The likes of Sainsbury’s are working with bigger numbers so it’s easy to see what the financial savings might be by changing things such as paid breaks.”

“In a small owner managed shop for example the financial impact would likely not be measured.”

On the other hand, it’s arguable whether employee retention is down to employee motivation or salary.

“The broader employee offer can be more important to some individuals than the pay rate,” BRC employment and skills policy advisor Fionnuala Horrocks-Burns said.

“Wage increases will only serve as a short-term benefit”

“For the third year running, retail colleagues rank flexibility in hours and location of work as the top two drivers for working in retail, pay ranks fifth.”

Joel Beverley, co-founder of online rota planning tool RotaCloud agreed with Horrocks-Burns. He added that a wage increase is only a temporary element of satisfaction.

“Ultimately if other aspects of the working environment aren’t up to scratch, wage increases will only serve as a short-term benefit,” he said.

“Employee retention is closely linked to employee motivation, and while extrinsic motivation factors such as pay rises and bonuses can be effective as a short term measure, without intrinsic motivators such as purpose, autonomy and mastery, that employee is unlikely to stay on a long-term basis,” he said.

Newman told Retail Gazette that discount grocers Aldi and Lidl “are very smart retailers” because looking after employees is one area they focus on.

In 2016, Lidl became the UK’s first supermarket to announce it would adopt the new Living Wage Foundation pay rate for its employees.

The German grocer increased its shopfloor staff’s hourly wage from £7.50 per hour to £8.45 – well above the National Living Wage.

Meanwhile, in January Aldi became the UK’s best-paying supermarket after it increased its store staff’s hourly pay rate from £9.10 to £10.41, surpassing the Living Wage Foundation’s recommendation of £9 per hour nationally.

As much as it resembles a domino effect, the grocers have been performing significantly well since the reports, with Lidl booking a 16 per cent rise in Christmas sales, and Aldi reporting its best ever UK Christmas trading period.

However, Beverley said that this seemingly domino effect is in response to labour market competition, especially as the UK is experiencing a near full employment.

“Company culture and social responsibility are also becoming increasingly important to employees, particularly those who fall into the millennial age bracket.

“While additional income will always be appreciated by workers, by voluntarily increasing salaries in the way that Aldi and Lidl have done, employers send a clear message to the UK workforce and show that they care.”