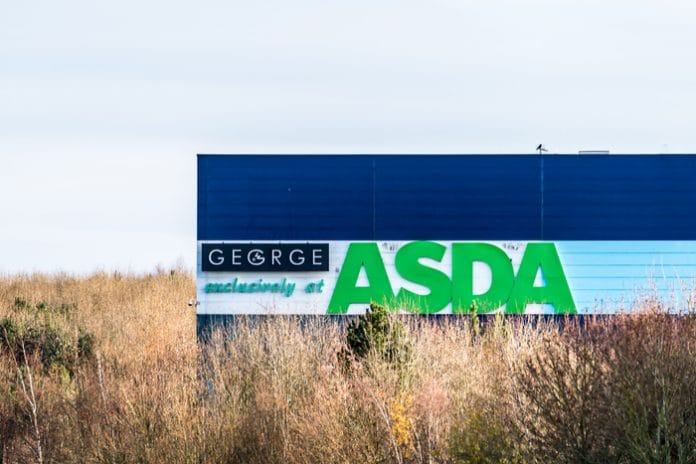 // Sales dipped 1.1% in the first quarter of its fiscal year, a period ending March 31

Asda has ended its consecutive run of quarterly growth after posting a dip in sales for the first three months of the year.

For the first quarter period ending March, the Big 4 grocer saw sales slide by 1.1 per cent year-on-year, which it attributed to the later timing of Easter.

The figures follow Asda booking seven consecutive quarters of increases right up until the end of last year.

However, the retailer delivered like-for-like sales growth of 0.5 per cent excluding petrol, adjusted for the late timing of Easter.

The results come just days after parent company Walmart said it was “seriously considering” a stock market flotation for the UK retailer – although any preparations would “take years”.

The CMA argued the proposed deal it would have lead to increased prices in stores, online and at petrol stations across the UK, with shoppers left “worse off” and quality affected.

“Throughout the quarter we have maintained our focus and momentum, against an increasingly challenging backdrop, and we remain entirely focused on delivering our strategy, without the benefits the proposed merger with Sainsbury’s would have delivered,” Asda chief executive Roger Burnley said.

“We cannot be complacent, but I believe that we have the right plan and some amazing colleagues to deliver in this highly competitive market – and I’d like to thank them all for all their hard work.”

Walmart chief financial officer Brett Biggs said: “Against a challenging backdrop in the UK, Asda comparative sales declined with the Easter flip, but transactions were positive as customer experience continued to improve.

“It’s a competitive market, but Asda is making steady progress in its positioning.”