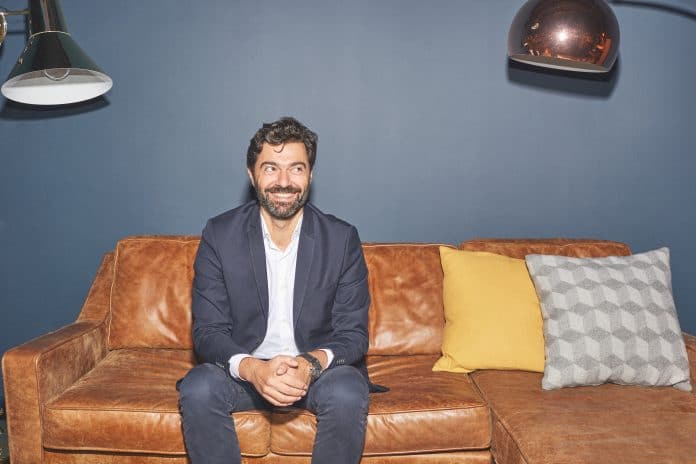 Philippe Chainieux’s day starts like so many other leaders in the retail industry. It consists of him waking up before his family and preparing breakfast for the kids to spend some quality time with them. He then jumps on his motorcycle and crosses from south west London to the north east to start his day as Made.com’s chief executive.

It’s here that his creative mindset and training in engineering really begin to intersect.

“When I arrive I have a routine, which is to check what happens during the day, and especially to read all the feedback we’re collecting,” he told Retail Gazette.

“I want to have a qualitative view about how we are doing.”

Chainieux began his role at online furniture and homewares retailer Made.com as chief operations officer in 2013, and was promoted to chief executive in 2016. He described transition as “a greater responsibility in the sense that you are taking the baby of what your friend has created”.

However, before he took the helm at Made.com, he was chief executive of online dating agency Meetic – a role which he said he belonged to at the time. But Chainieux said working as the chief executive of a dating service meant “the success behind it does not rely on you at the end of the day”.

“At Made.com, we need to guarantee success,” he explained.

“The reason why we launched Made.com is because we saw a gap in the market”

Chainieux describes Made.com as direct-to-consumer furniture design brand. He said he and founders Ning Li, Julien Callede, and Chloe Macintosh built it “with the objective to connect with”.

“The reason why we launched Made.com is because we saw a gap in the market,” he told Retail Gazette.

“The objective of it is to bring to consumers great products and great quality and a fair affordable price.

“The way we do it is on one side we are collaborating with a lot of designers that are bringing a lot of interesting ideas to the company, and on the other side we have built a platform where we have integrated all of the different steps of the manufacturing, product recycling, sourcing, supply chain, etc.”

Made.com prides itself on its transparency, and is not shy of boasting this.

In March, the online retailer’s store on London’s Charing Cross Road underwent an expansion and introduced a wide range of new features, including new technology to help customers find what they’re looking for.

“It’s important to understand where things are made and to control every step of the manufacturing process,” Chainieux said.

“It’s very important to us because it’s our products. This idea of having everything under control is to create a unique proposition to really bring unique interesting products.”

Chainieux believes Made.com is filling the gap in the market as many similar companies have decided not to take the risk of selling furniture online.

“What we are doing for this sector is bringing the pace, the innovation, the risk that this sector didn’t want to take,” he said.

“The founders and myself didn’t come from a typical retail background. We’ve been candid in the way we approach things.”

Although the retailer and brand announced in March that it had entered the Swedish market, and will be launching in Denmark this month, Made.com is set on increasing its growth in the UK market – a nation which Chainieux describes as “a fantastic place to build your business”.

“The reason why the UK is a very special place for business is because UK consumers are buying more merchandise online than any other European country,” he explained.

“So starting an ecommerce business in the UK means you have a much bigger opportunity for success.”

As a company that isn’t necessarily shy of collaborating with different independent designers to introduce new and unique products, Chainieux said the reason why collaborations were crucial to Made.com’s success is because “everything is changing really fast”.

“The only way to get the guarantee that you’re going to be up to speed and a little bit more forward thinking is to open the doors,” he explained.

“In terms of mind-set, we are thinking of how we can create a win-win situation, how the collaboration will benefit the both of us.”