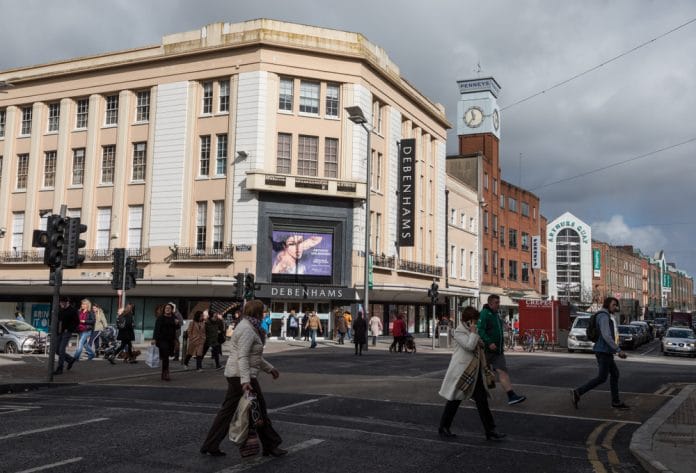 The directors state that “the external economic and commercial environment is expected to remain uncertain and volatile in 2019”.

After much speculation Debenhams’ chief executive Sergio Bucher left the department store in April following its pre-pack administration, while its Irish business continue to trade as usual.

New accounts show a strategic review of the Irish business carried out in the second half of the year, when the company revised projections for all of its stores.

This resulted in impairment costs and onerous lease charges of €13.7 million (£12.4 million) after the review identified stores “at the risk of becoming unprofitable over time and others where anticipated future performance would not support the carrying value of store assets”.

The review also resulted in a non-cash impairment charge on goodwill of €3.38 million (£2.99 million) while an exceptional charge of €1.68 million (£1.49 million) was also incurred due to restructuring linked to Debenhams Redesigned strategy.

Debenhams’ CVA, which was given approval from creditors in May, aims to shut down 50 stores and slash rents on 105 others. It currently has 165 stores.