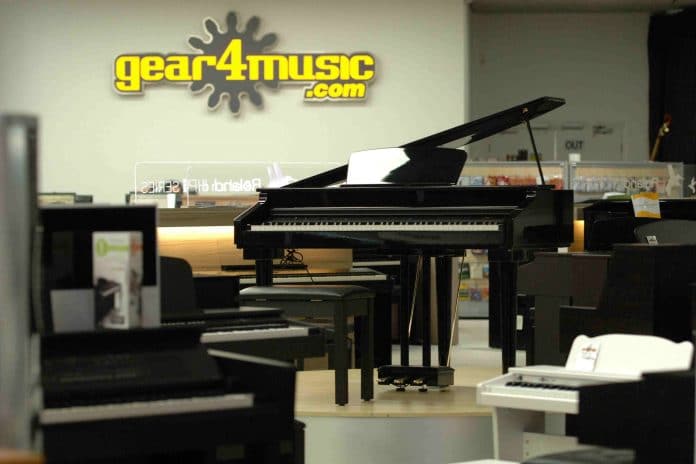 Gear4Music has reported soaring sales and gains in market share despite plunging to a “disappointing” full-year loss.

Even though the online retailer had one extra month, with its financial year end moved from February 28 to March 31 , it swung to a loss before tax of £600,000 compared to the £1.5 million profit it booked the year prior.

Meanwhile, musical instrument specialist saw EBITDA decline by 34 per cent to £2.3 million despite full-year sales soaring 48 per cent to £118.2 million.

In addition, Gear4Music said it had £5.3 million cash at hand by the year-end, a 51 per cent increase over the past 13 months.

The results come after the retailer issued two profit warnings in January and April due to operational and commercial issues, including its distribution centre in York reaching maximum capacity during the peak trading period between Black Friday and Christmas.

“Alongside delivering strong revenue growth in the period, we have worked hard to implement a number of commercial and operational initiatives to address the previously reported issues,” he said.

He added: “We have undertaken a thorough review of all aspects of the business, and are confident that the swift strategic and operational changes being made will significantly reduce the risk of these issues reoccurring in the year ahead.”

While it is early in the current financial year, Wass said “we are beginning to see positive trends establishing themselves”.

“Our FY20 H1 focus is on improving gross margins and ensuring a robust operational infrastructure is in place ahead of our peak H2 trading period, and I am pleased to report these actions are already yielding positive results,” he said.

“We are confident that we have the right strategy, customer proposition, financial resources and focus to overcome the challenges of FY19, and achieve our objectives of maximising customer satisfaction and delivering value to shareholders.”