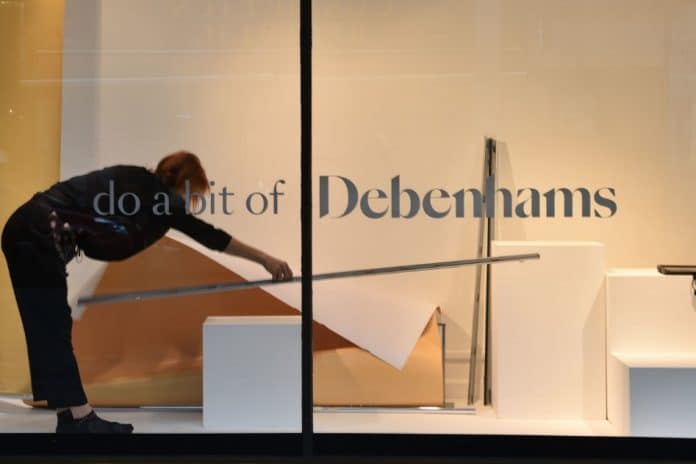 A judge has raised the risk of Debenhams entering administration after ruling that a lawsuit pertaining to its CVAs can be expedited.

Sports Direct was originally named as a party in the lawsuit led by CPC, which owns the buildings of six Debenhams stores, but has since removed itself.

However, the Mike Ashley-owned retail empire said it would continue to fund CPC’s challenge and bear any costs award that could be made against it at the conclusion.

Judge Mann said CPC’s case in September might go on for four or five days, depending on the availability of a judge.

Should the lawsuit be in CPC’s favour, it could lead to Debenhams’ CVA being unwound, which would increase the department store chain’s chances of falling into administration.

A source from Debenhams has told Retail Gazette that the retailer felt confident it would win the case brought forward by CPC.

They also stressed that an administration was “highly unlikely”, highlighting the fact that more 80 per cent of landlords voted in favour of each of Debenhams’ CVA proposals when it was launched in May.

The Retail Gazette has contacted the department store retailer for comment.

According to the Financial Times, CPC wanted an expedited trial because of what it regards as unfair conditions in the terms of Debenhams’ refinancing, where security of £228 million of assets passed to previously unsecured creditors.

CPC argued that Debenhams needed to enter administration by September 29 or the unsecured creditors — such as landlords, local authorities and suppliers — could lose almost £230 million.

The property firm said that figure could be retrieved, but would only be possible within the six-month clawback clause in the refinancing Debenhams secured in March.

CPC also highlighted how the lenders that currently operate Debenhams only had to provide £60 million of new money before they acquired it and then launched a CVA to restructure the retailer’s lease obligations.

Debenhams has previously said it would continue to defend CPC’s outstanding challenge as “being without merit”.

Just days before Sports Direct dropped its name from the case, a separate lawsuit by M&G Real Estate was withdrawn after what Debenhams described as “positive, constructive discussions”.

“As Sports Direct has now acknowledged, it did not have sufficient interest to challenge the CVAs, as its businesses are not adversely impacted by the proposals and therefore had no legal basis for a challenge,” Debenhams chairman Terry Duddy said earlier this week.

“However, by continuing to fund CPC’s challenge, Sports Direct is deliberately acting against the vast majority of Debenhams’ stakeholders, including the more than 90 per cent of our creditors who supported our CVAs.

“I call on CPC to withdraw its action, which we will vigorously defend.”

Creditors – both secured and unsecured – include landlords, banks and pension funds.

The CVAs came about after the department store entered a pre-pack administration in April, which saw it fall into the control of lenders and wipe out its shares.

This caused Sports Direct, which was one of the retailer’s biggest shareholders with a near-30 per cent stake, to lose an estimated £150 million.

Debenhams’ CVAs will see it initially close down 22 of its 165 stores by January 2020, with the total growing to 50 afterwards.

The process places thousands of jobs at risk, but Duddy said the restructuring plans were a “a vital step in preserving as many as possible” of the 25,000 staff across the retailer.