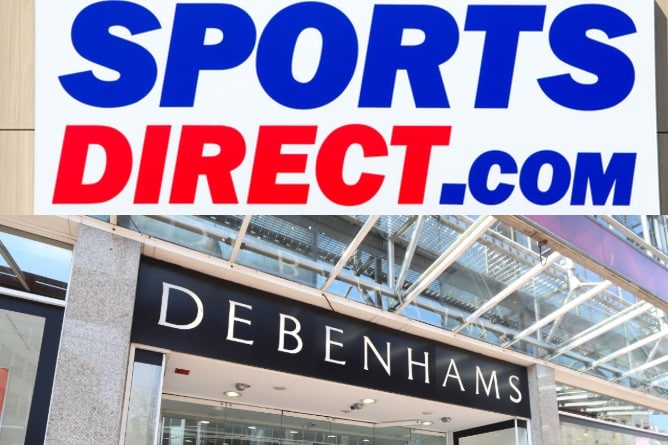 // Sports Direct says it stands by Debenhams lawsuit, according to The Times

Sports Direct has indicated it will not withdraw a legal challenge against Debenhams pertaining to its CVA.

According to The Times, the Mike Ashley-owned retail firm said it had “no intention of withdrawing its challenge to the Debenhams Group”.

A separate lawsuit, led by M&G Real Estate, was dropped earlier this month after what Debenhams described as “positive, constructive discussions”.

Debenhams highlighted that more than 80 per cent of landlords voted in favour of each CVA proposal.

The CVAs came about after the department store entered a pre-pack administration in April.

This saw Debenhams fall into the control of lenders and wiped out its shares.

This caused Sports Direct, which was one of the department store’s biggest shareholders with a near-30 per cent stake, to lose an estimated £150 million.

Debenhams’ CVAs prompted the lawsuit from M&G Real Estate and another by Sports Direct with Combined Property Control (CPC), which owns the buildings of six Debenhams stores.

“If they do not, we will seek to have it thrown out,” Duddy said earlier this month.

“In the meantime, we continue to make good progress with the company’s restructuring plans.”

Debenhams’ CVA will see it initially close down 22 of its 165 stores by January 2020, with the total growing to 50 afterwards.

The CVA places thousands of jobs at risk.

Last week, news emerged that Debenhams was seeking additional borrowing facilities of about £50 million as soon as this autumn to see it through the Christmas trading period.

The £50 million is in addition to the £200 million facility secured in March.