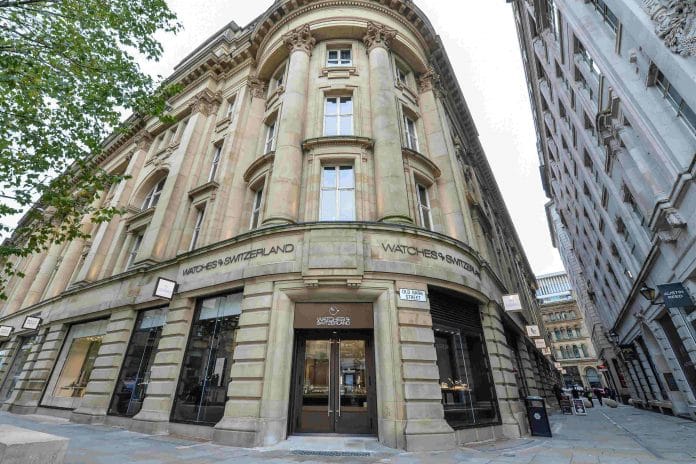 Watches of Switzerland has booked skyrocketing profits and double-digit revenue growth in what is the luxury retailer’s first set of results since it was floated on the stock market.

This was driven by a 22.5 per cent jump in group revenue to £773.5 million, which was boosted by 18 per cent sales growth in its ecommerce and multichannel arm.

In Watches of Switzerland’s UK market, like-for-like sales jumped 10 per cent during the period, while in the US it grew seven per cent.

Meanwhile, adjusted EBITDA during the period grew 17.6 per cent to £68.8 million.

Watches of Switzerland chief executive Brian Duffy described the year as one of “strong, profitable growth” for the company, which operates both the eponymous watch retailer as well as jewellery retailer Goldsmiths.

The full year report is the first set of financial results for the company since it was listed on the London Stock Exchange in June, as part of a wider five-year transformation plan.

At the time, Watches of Switzerland’s IPO was valued at £647 million.

The company has spent £33.8 million on its store estate, delivering seven new showrooms including two flagships, plus 11 refurbished, one expanded and two relocated stores.

“FY19 has been a fantastic year for The Watches of Switzerland Group,” Duffy said.

“We have continued our trajectory of strong, profitable growth in our core markets of the UK and the US with an increase in sales of 23 per cent during the year.

“Current trading remains encouraging and we are confident of meeting the board’s expectations for the financial year ending April 2020.”