Wyevale has agreed to the sale of another two of its garden centres in the latest phase of its scheme to slim down its store estate.

The gardening retailer said it offloaded its Springfield garden centre in Chelmsford to Longacres Garden Centres, while and the Par site in Cornwall was sold to Maidenhead Aquatics.

Both the Springfield and Par centres will continue to be run as garden centres under their new owners and no job cuts are expected.

The sales are expected to complete during August and September respectively.

The latest transaction means Wyevale has now offloaded at least 106 of its stores to various businesses – mostly gardening retailers – since it first announced plans to do so last year in May, after a huge investment scheme saw it return to profitability.

“We are pleased to announce the sale of two more centres; one to a respected garden centre operator and one to an experienced concession partner,” Wyevale chief operating officer Anthony Jones said.

“I would like to take the opportunity to thank our colleagues at Springfield and Par garden centres who have worked so hard for us over the years, and wish them all the best under new ownership.”

Longacres Garden Centres managing director Nigel Long said: “We are delighted to expand the Longacres group through the acquisition of the Wyevale Garden Centre’s Springfield centre in Chelmsford.

“Longacres is a multi-generation, family-run business and we are looking forward to bringing our fifth site and new team members on board.”

“We intend to run the centre as a traditional horticultural garden centre and very much look forward to welcoming and working with the existing team.” 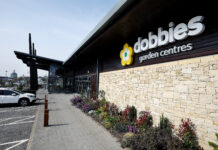 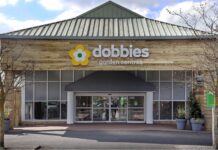 Dobbies to reopen stores in England