The number of vacant stores has risen in the past five years as established retailers fight to survive on the UK’s high streets, according to new research.

The store closures are mainly down to increased business rates and declined footfall, with one in 10 standing empty, the Local Data Company (LDC) found.

Fashion retailers resorting to restructuring plans has added to high street woes and led to an 11.8 per cent increase for the first six months of 2019.

Increased online sales has also led to the decline in footfall, as bricks-and-mortar firms continue to put pressure on landlords.

“Legacy brands are being forced to radically overhaul their operations while newer entrants take advantage of the available space and the opportunity to capture spend from progressively less loyal consumers,” LDC head of retail Lucy Stainton said.

Retailers such as Toys R Us, Maplin, Bathstore and Poundworld have gone bust in the past few years.

Sir Philip Green battled to save Arcadia from going bust after the empire’s CVAs were approved by 75 per cent of creditors in June. 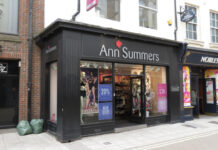 Stance chooses London for first store outside the US