There no doubting that Black Friday and Singles Day have both become two of the biggest events on the retail calendar outside of the crucial Christmas trading season.

Black Friday traditionally takes place the day after Thanksgiving Day in the US and began in the early 1950s, and is now synonymous with chaotic scenes of shoppers storming into shops the moment they open in a bid to take advantage of the massive discounts. While the shopping event has only recently solidified itself on the UK retail calendar – mostly thanks to Amazon.

Meanwhile, Singles. Day – which takes place in November 11 each year – began as a celebration for single people in China back in the 1990s. The date, 11.11, was chosen the number “1” in Chinese resembles an individual who is alone. Singles’ Day became a major commercial event in China in 2009 when Alibaba offered deeply discounted merchandise on its platform for 24 hours. Other Chinese retailers have since followed suit.

Last year, Singles’ Day clocked in as the biggest shopping spree the world has ever seen. Consumers purchased $45 billion (£34.45 billion) worth of goods and services in a 24-hour period, according to data from McKinsey & Company.

To put it in perspective, it’s three times the online sales that Black Friday generated in 2018, and more than 90 per cent of it happened on mobile devices. And while Singles Day breaks records in China – and on a global scale – Black Friday in the UK continues to be a lacklustre event compared to the frantic scenes on the other side of the Atlantic.

Unlike the US, Black Friday here in the UK is still very much an online retail event. So much so that retailers endured a 3.2 per cent drop in footfall in November 2018, according to data from the BRC & Springboard’s Footfall and Vacancies Monitor. This compared to the same month in in 2017, when overall UK footfall grow 0.2 per cent.

To add to UK retailers’ woes, fashion retailers were hit by a £1.6 billion bill as a result of returns from the Black Friday 2018 sales, according to research conducted by Rebound Returns.

Linda Ralph, the vice president of International Business at Mood Media, said there was a lot UK retailers could learn from China’s Singles Day.

“Many British retailers have overlooked the importance of the in-store experience over the period, focusing instead on discounts as the way to drive sales,” she said.

“The Black Friday in-store experience has become negatively associated with chaotic scrambles, which is where British retailers can take inspiration from their Chinese counterparts to encourage in-store visits and drive customer engagement.”

Ralph added there was a strong focus on making Singles Day shopping a “fun, interactive and social experience”.

In fact, last year’s Singles Day saw pop/RnB superstar Mariah Carey and Cirque Du Soleil performers take the stage during Alibaba’s festivities in Shanghai. Shoppers were able to vote and play augmented reality games on smartphone apps during these performances to earn credits and reveal deals during what was a four-hour countdown to the shopping event.

Faced with a nation of digitally native consumers who expect far more than the usual high-street shopping experience, it can be argued that Chinese retailers understand the importance of engaging customers around more than just the transaction. 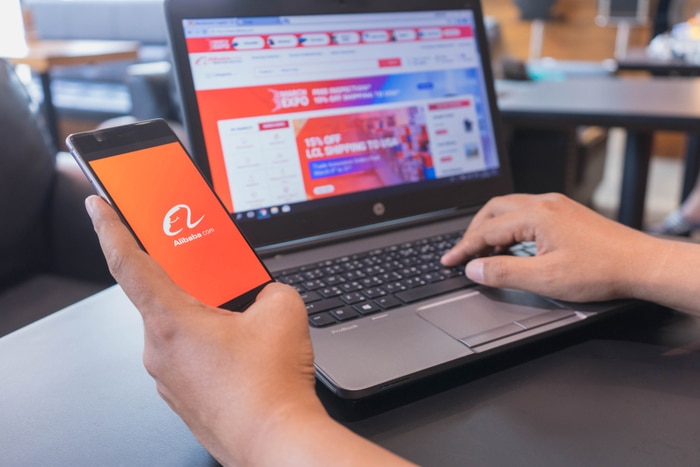 Jake Knowles, senior retail consultant at business consultancy BJSS, said excitement and engagement go hand-in-hand, “but the approach could not be more different to that of Black Friday in the UK”.

He added that Black Friday instead focuses on heavy discounting, with 50 per cent off signs everywhere shoppers go.

Knowles said the reason why Black Friday failed to impress last year is because even though consumers were buying more products, they were in fact spending less on them – “a significant 12 per cent less”.

“This was arguably due to customers ‘treating’ themselves to smaller valued items, rather than spending money on big ticket items,” he told Retail Gazette.

John Gillan, northern Europpe managing director at advertising firm Criteo, said Black Friday shoppers “feel less pressured to splurge on a single day and are able to wait for the right price or item to be reduced” due to the occasion’s extended sales period – compared to Singles’ Day short 24-hour period.

“Black Friday failed to impress last year because consumers were buying more products, but spending less on them”

Mathew Porter, director at digital agency Kumo, agreed. He added that Singles’ Day’s exclusivity factor – whereby shoppers can only discounts during this 24-hour period only – “adds urgency for consumers to participate and gives them a clear timeline financial planning when to maximise their spending on consumer goods at fantastic prices”.

Porter said that it was worth remembering China’s massive population of over 1 billion people, which dwarfs the potential reach of any sales activity when compared to the US population of 327 million and the UK’s of 66.5 million.

“China as a developing consumer economy has largely ‘skipped’ the high street retail phase that UK and US consumers have been familiar with and jumped in to m-commerce and ecommerce retail,” he said.

As Black Friday approaches, UK retailers may see footfall decline further thanks to the rise in online shopping. Conversely, it may experience a brief revival now that uncertainty around Brexit can be put on the backburner for a brief moment thanks to the three-month extension given by the EU.

Either way, retailers can use Black Friday as an opportunity to acquire new customers. If they are able to create an engaging physical and online proposition that attracts new customers to make a purchase, then customer acquisition may rise – and in turn, loyalty may also rise.

But as high street woes have deepened in 2019 and with the ongoing financial and political uncertainty in the UK, it’s difficult to predict what may happen this year.