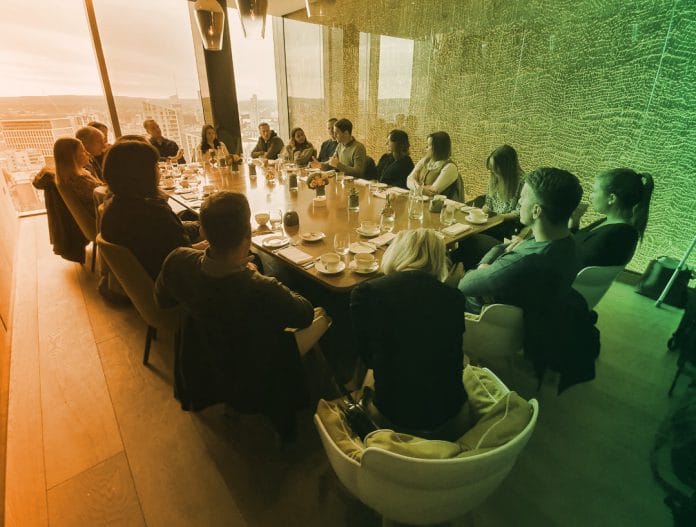 Siloed departments and inconsistency between a retailer’s online and store offering are often-cited pain points in an industry undergoing huge structural change.

This perceived digital-physical divide can manifest itself in various ways such as inconstant inventory or product information across channels, or tired store spaces not living up to the slickness of the company website.

It has partly fuelled a drive by retailers to digitise the store, exemplified by tablet devices being given to staff to gain access to full company inventory, or click & collect stations cropping within shops to serve digitally-led shoppers.

A roundtable hosted by Retail Gazette and conversational marketing platform iAdvize, in Manchester on October 3, focused on this subject. But while the retailers in the room largely agreed there are benefits to digitising stores, they also detailed an array of techniques they are using to humanise e-commerce and personalise digital interactions.

Joining the debate were representatives from AO.com, the Co-op, The Couture Club, Fanatics, Footasylum, The Hut Group, Matalan, Missguided, N Brown, Regatta, Ryman, and Wilko. It made for a varied and compelling debate over breakfast at central Manchester venue, 20 Stories.

Research released by property consultancy group CACI earlier this year suggested there is a “halo effect” of strong online sales for retailers in the areas where they have stores. It is particularly notable in the electronics and fashion categories, the study explained.

It also concluded more than 50 per cent of online spend has touched a physical store in some way.

Joules is one retailer to publicly talk about stores’ power to drive local online sales, and acknowledge shops don’t have to be measured solely on sales through the tills. Its stores are also opened for their power to serve click & collect or take in online returns.

Describing why the wider industry might have found it more difficult to foster harmony between online and store assets, Ian Ayling, former marketing director at Wilko, said they typically started off being treated so separately.

“In the early days of e-commerce development, the online operations at retailers were often stuck on the side of the core stores business and therefore ended up with separate supply chains,” he told the roundtable.

“It means there is a disconnect many retailers have been trying to repair, and when you consider legacy systems it’s very difficult to keep things slick.”

He added: “The best retailers are realising that they can use their existing operations in the more digital world we now operate in. The key is in identifying how stores can be used to solve consumers’ needs – be it for click & collect, product discovery, local fulfilment, or as a returns hub – rather than just keeping stores running as the heart of the culture.”

Joe Neill, merchandiser at The Couture Club, explained to the table that his company has a novel approach to physical retail. He described a model resembling the store being used as a marketing asset.

“We’ve adopted a store opening approach, whereby we launch shops on short-term contracts – we then analyse what impact this has on the local online shopping activity,” he remarked.

“We’ve noticed that even once the shop has disappeared, we maintain a strong audience in the area where the bricks and mortar used to reside. Some stores we keep, but we’re keen on assessing performance across channels and ensuring our physical and digital strategy is as connected as possible.”

Human, bots or both?

During the breakfast gathering, the delegates discussed how various new technologies and techniques are helping bridge the gap between the human interaction of physical retail and the more self-serve online processes.

Chatbots, video conferencing, and live chat deployments between customers and retailers – often utilising artificial intelligence (AI) – were well-tested options among those represented at the event, while others said they are planning to use micro, local influencers on social media to create a human connection via the web.

The general consensus was that a combination of both humans and bots is crucial for online customer experience, particularly for the retailers that serve such diverse demographics.

One roundtable participant, noted: “Most questions we receive from customers are around ‘where’s my order?’

“Using AI to answer these questions means we can respond faster and more consistently, which makes sense for both the customer and the business.”

He added: “We’re doing lots of work on ensuring we get the right balance between bot and human in this space – the most ideal scenario is a healthy combination of both. Chatbots can answer the simple general queries, and a customer service representative can step in as soon as more specific detail is required.”

Internally, there are plenty of ways retailers can start breaking down silos between stores and online teams. At eTail Europe earlier this year, Whistles, Hobbycraft, and River Island were among the retailers to acknowledge they were making progress bringing digital thinking into their stores and vice versa through new tech, services, or processes.

Hobbycraft, for instance, has recently restructured its financial department. It used to report on sales per channel, but now it focuses and sets targets around total business performance – and that helps align its separate divisions.

And as these changes continue to be made behind the scenes, one would expect customer-facing operations will start to reflect it.

Jessica McCreedy, strategic account director at iAdvize, and a participant in the roundtable discussions, said: “From the conversations over breakfast, it’s clear retailers are trying various ways to make stores more digital and e-commerce more human – and the key reason is to satisfy their customers.

“Whether it’s through organisational restructuring, strong leadership, or new technology investment, it is encouraging to see there is progress being made in all sectors of the retail industry to bridge the physical-digital divide.”

iAdvize has released a study on how retailers can go event further in bridging the in-store and online gap by enabling store assistants to chat to online visitors in real time. Click below to download!