Shoe Zone has posted a 0.8 per cent increase in revenues in its pre-close trading update for the 53 weeks to October 5 2019.

Shoe Zone said it “continues to demonstrate strong cash conversion” after closing the year with a net cash balance of £11.3 million.

Davis had been with Shoe Zone since 2003, and resigned with immediate effect to “pursue other business interests” after the retailer said the challenging nature of the high street will hit profits.

Shoe Zone will publish its final full-year results on January 8 2020, but said it expected pre-exceptional profit before tax to be “in line with revised market expectations”.

“It is early days in the new financial year, but we have been encouraged by the performance so far.

“There are a further 20 Big Box openings planned for the coming year which, alongside our strong digital momentum, will continue to drive growth in the future.”

Shoe Zone has 500 stores across the UK. 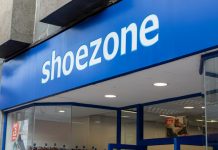 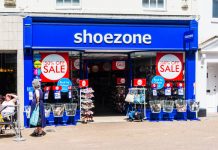 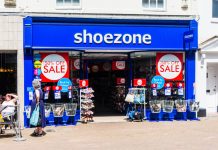