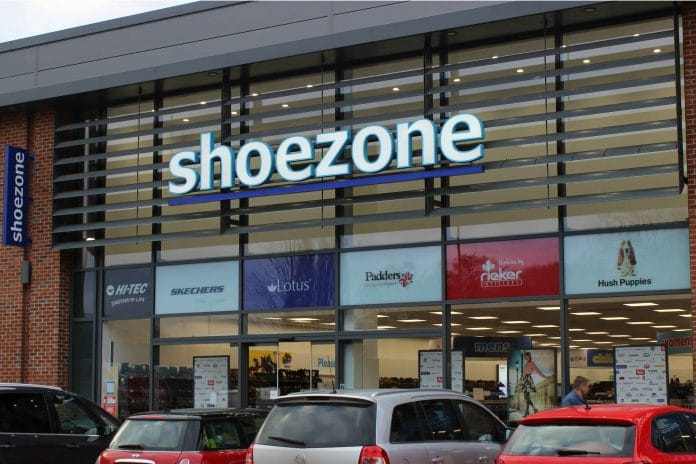 // Shoe Zone reports a flat profit before tax at £1 million

Shoe Zone has recorded a flat profit before tax and decrease in revenues, but continues its positive momentum to roll out 45 stores by the end of the year.

According to its interim results for the six months to March 30, the discount shoes retailer reported statutory profit before tax at £1 million, while revenue decreased by one per cent to £73 million year-on-year.

The retailer’s online sales had increased by 4.9 per cent to £5 million, while net cash was down at £3.3 million – compared with net cash of £5.9 million in the same period last year.

The board has maintained an interim dividend at 3.5p per share.

Rent on renewals within the period dropped on average by 18.5 per cent, equivalent to a full-year saving of £334,000.

The retailer’s Big Box stores generated £5.5 million in revenue in the 26 week period, representing 7.6 per cent of total turnover compared to 4.4 per cent for the full year 2017/18.

“The first half of our financial year has been positive for the group, trading in line with management’s expectations and achieving profitable revenue growth in our two key growth areas of digital and Big Box,” Shoe Zone chief executive Nick Davis said.

The Shoe Zone boss added that the focus was now on rolling out “45 stores by the end of December 2019”.

“Our ongoing strategic focus continues to be on the Big Box roll out,” Davis said.

“Trading momentum has continued into the second half, in line with market expectations.”

Shoe Zone also said its number of operational Big Box stores have increased by seven to 26 as of March 30.

The retailer said it was confident on hitting its goal of 20 new openings during the current financial year. 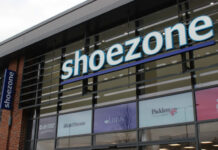 3000 jobs back in danger as Poundworld rescue bid rejected