// It is demanding any profits Fashion Nova has made from selling the dresses and £69,948 in statutory damages

Versace has filed a lawsuit against fast fashion retailer Fashion Nova for “knocking off its designs”.

The luxury retailer has said that a dress which Fashion Nova is selling on its site, has five similarities to its famous jungle print dress — a green tropical leaf and bamboo pattern, the plunging neckline, a high-cut leg slit, a circular brooch, and long flowing sleeves.

“With this lawsuit, Versace seeks to bring an end to Fashion Nova’s latest brazen attempt at copying the work of yet another famous and world-renowned designer,” the suit said.

“Fashion Nova’s ability to churn out new clothing so quickly is due in large part to its willingness to copy the copyrighted designs, trademarks and trade dress elements of well-known designers like Versace, and trade on their creative efforts in order to bolster Fashion Nova’s bottom line.”

The dress was designed by Donatella Versace, who took over the company after her brother and founder Gianni died four years earlier.

Versace said it has written to Fashion Nova four times since July, demanding it to stop producing the dresses.

The dress, which was worn by popstar Jennifer Lopez at the Grammys back in 2000, went viral and became the most popular search query on Google. 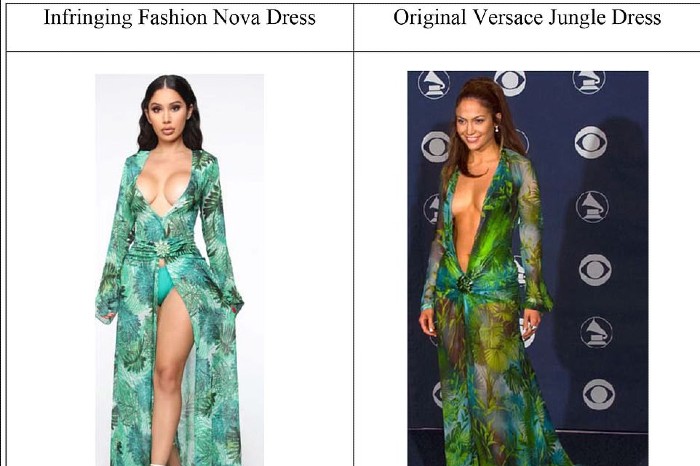 Pictures of her wearing the dress were downloaded more than 600,000 times from the Grammy website at the time in just 24 hours.

However, in 2000, search results were a list of blue links, and when the Google Search team realised they weren’t able to directly surface the results that consumers wanted, they created Google Images.

Versace is seeking hundreds of thousands of dollars in punitive damages against the fast fashion retailer as well as demanding any profits Fashion Nova has made from selling the dresses and $90,000 (£69,948) in statutory damages.

“As a result of Fashion Nova’s conduct, Versace has suffered irreparable harm to its Versace Trade Dresses, reputation and goodwill, for which it has no adequate remedy at law, unless and until the court orders the smaller company to stop,” the suit claimed.

Fashion Nova was founded in 2006 by Richard Saghian and has five stores in shopping centres in southern California and employs 600 people. 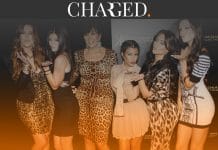 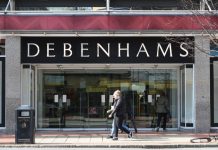 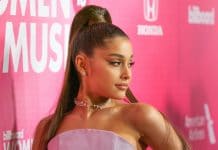 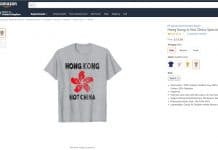 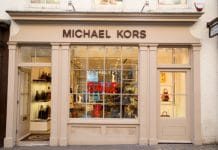 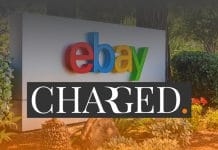